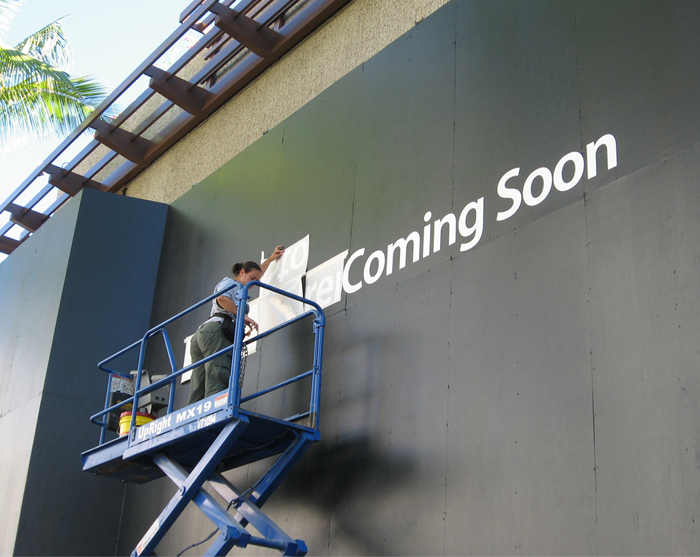 The ebb and flow of Kingston’s business landscape is constantly changing and rarely predictable.  Recently, our storied downtown bid a final farewell to Dover’s, Tweed and Hickory, and Rockit Boutique, all of whom closed up shop for good.  With massive holes still remaining downtown thanks to the departure of Indigo and Empire Theatres, the closure of Just HiFi and all the rest, it’s often easy to get discouraged by the seemingly growing number of vacancies and dollar stores.

While I have spent a great deal of time lamenting over various departures and closures in downtown Kingston, in recent months, we have also seen a pair of massive corporate retailers pull out of the west end.  The behemoth US retail chain, Target, shuttered their doors at the Cataraqui Town Centre on April 2nd due to anemic sales north of the border, while this resulted in 100 local employees being laid off.  Additionally, one of the RioCan’s original big box tenants, Future Shop, permanently shut their doors in late January 2015 due to a consolidation of the business with Best Buy.

Thinking about the state of Kingston’s retail and restaurant scene, perhaps the important thing to keep in mind is that one businesses’ liquidation sale represents another businesses’ golden opportunity to expand or otherwise move into the market.  Take for instance Williamsville, which has survived both fiery inferno and a prolonged big dig of their own. This portion of upper Princess is finally anticipating positive grown thanks to a large residential development, which has attracted a new sports bar and restaurant chain named after Kingston’s controversial son, Don Cherry.  A vacant big box-esque space at the Frontenac Mall will soon welcome tour buses to buffet style Chinese food served by Mandarin.  Finally, a box of smaller proportions out near the Invista Centre is also gearing up for change, as it is set to become the second location for the beloved Red House.  With these confirmed developments and new stores in mind, this week’s poll asks:

Which new/future business in Kingston are you most excited about?

Personally, I think the second location for Red House is the most promising new business story on Kingston’s horizon.  I am really looking forward to seeing how the popularity of their beautiful downtown location translates to the west end.  A close runner-up is definitely Lee Valley Tools, a celebrated Canadian business whose owner is both an RMC and Queen’s grad.  What new business are you looking forward to seeing open in Kingston?  Better yet, what great idea do you have to add a much needed business to the local economy?

6 thoughts on “Most Anticipated New Business in Kingston”