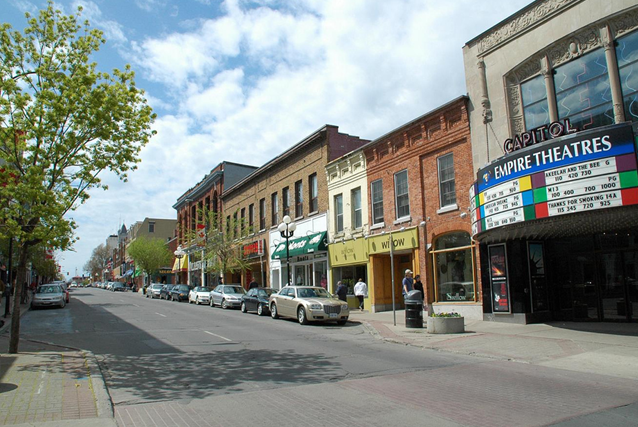 Some weeks ago, I wrote some personal observations about the shopping area in the historic area of downtown Kingston. My concern was the future of the area as tourist numbers continue to decline and when the current economic downturn has become a worry for everyone. But it was also about recognition and appearance of this special area for visitors and Kingstonians alike.

If there were easy answers, they would have been recognised and implemented a long time ago. So for what it’s worth, readers may be interested in two attached documents that I created. One is the Historic Kingston ShopFinder, a leaflet that lists shops by category, and the other is a four-page pamphlet, Some Suggestions for Action, with a dozen ideas for stabilising the situation.

These suggestions range from branding the area and the Brock Street Common with “Historic Kingston” signage, to publishing an online magazine, to improving the area’s appearance to reflect its historic significance. A great step forward was realised with redesign of, and investment in Market Square. And someday perhaps, the City may learn from Europe and extend the Market Square concept by pedestrianising parts of lower Princess Street and adjacent streets (i.e. by creating a car-free zone).

In putting together both documents, I visited nearly every shop, both large and small, merchant-owned and manager-operated. One comment from many discussions was the overall lack of unity between owners and managers. Perhaps this was to be expected: those who own and manage shops are often independent-minded. Significant differences in outlook and opinion divide the outlooks of the manager of a large chain store and the owner of a small, specialised family-owned shop. Understandably, as rivals and competitors, they often have difficulty in agreeing between themselves.

Yet one wonders at what stage of continuing shop closings and the gradual deterioration of Princess Street, circumstances will work to bring all parties together under a common purpose and a renewed vision.
Or perhaps, the prevailing attitude is that bad times will always result in the loss of weaker, vulnerable shops and that, sooner or later when the economy recovers, new ones will take their place. So, should everyone just be patient, remain optimistic and not worry?

Special thanks and photo credit to Phil~ for his snapshot looking up Princess Street.