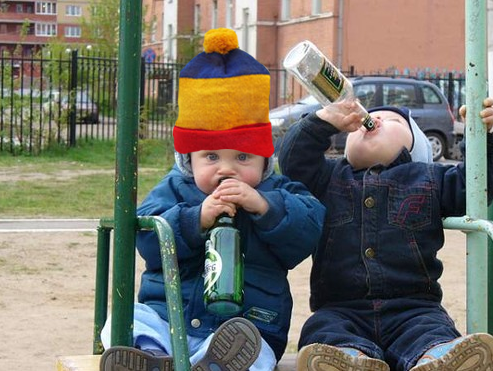 By times they are brilliant, but also show signs of severe stupidity. They are our future, and we have all been one during our lifetime. In case you haven’t guessed, I am referring to the noble creature commonly referred to as the student. With the ousting of Queen’s Principal Hitchcock, completion of final examinations, Stanley Cup Playoffs, and unbelievably high seasonal conditions, a perfect storm is brewing in the demilitarized student housing area. Will the raucous scene at past Homecoming events be eclipsed by an entirely new beast that’s bigger and more debauched than the Aberdeen street party and Kingston Penitentiary Riots of ’71 combined?

Who wouldn’t want to celebrate the completion of yet another grueling school term with a BBQ in their backyard? Why shouldn’t Queen’s students toast the possibility of new leadership at the “Harvard of the North”? It’s all well and good until the kegs get tapped and someone turns up the Kanye, and then local residents wake up to tomorrow’s brightest passed out amongst their tulips. I’m referring to a minority of people, and don’t intend on painting Queen’s and St. Lawrence students with the same discerning brush.

Not all the students are chucking empty beer bottles into the crowd, setting off fireworks underneath police cruisers and generally acting belligerent. That being said, a great deal of the alcohol-induced crowd, albeit tame, can serve to fuel the car fires caused by a few degenerates. I’ve experienced Homecoming on Aberdeen, where I honestly feared for my safety because of the smell of leaking gasoline, the sight of 2 inches of shattered glass on the road, and numerous people decked out in Lulu Lemon attire. In comparison, I’ve also attended St. Jean Baptiste celebrations in Quebec City, which draws 10 times the crowd of a Queen’s Homecoming, and results in fewer arrests and disturbing incidents.

This past weekend, the police busted up a 100-person party in MacDonald park near main campus, laying a single fine to an unfortunate individual. This random act of partying happened within the examination period, which begs the question what sort of event might be in store for the city after the last Scantron bubbles are filled in? I, for one, am anxiously anticipating the mass exodus of students and the arrival of pleasant summer tourists. With any luck the wake of destruction left behind by the fleeing Queen’s and St. Lawrence part-time Kingston residents will be minimal.  Let there be legendary parties, and respect for the rest of us.