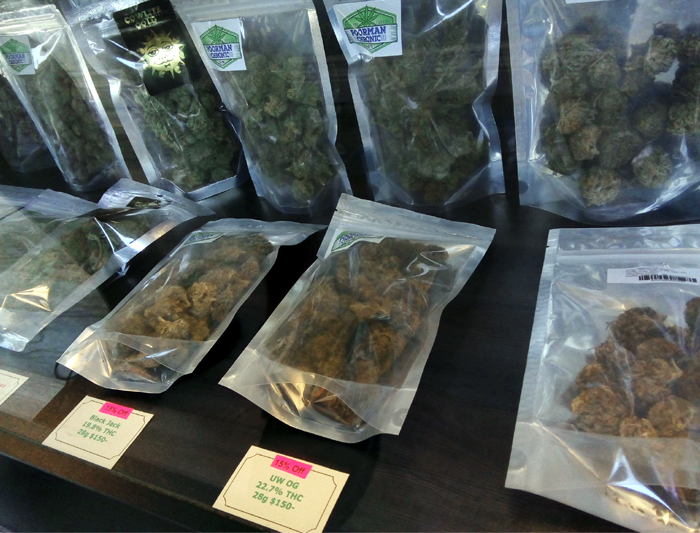 On September 8th, the Ontario government published Ontario’s Safe and Sensible Framework to Federal Cannabis Legislation, which outlines how the province will roll out legal marijuana retail within the next year. The plan specifically states that, by July 1st 2018, Ontario will have upwards of 40 legal pot shops ready to distribute legal marijuana, as well as online ordering and delivery directly to your door – Doritos sold separately.  Moreover, the province has established an ambitious goal to have a grand total of 150 legal marijuana outlets in operation by 2020.

While it’s safe to assume that Kingston will be one of the 150 communities and cities with a legal pot shop by 2020, it remains to be seen whether or not the city will snag one of the initial 40 stores set to open next July.  Accordingly, this week’s poll asks:

Will Kingston get 1 of the initial 40 legal pot shops that are expected to open in July 2018?

To corner the market, the Ontario government plans to shut down all illicit cannabis dispensaries, stating that they:

…will pursue a coordinated and proactive enforcement strategy, working with municipalities, local police services, the OPP and the federal government to help shut down these illegal operations.

If we read a bit more into this statement, communities which currently have illegal marijuana shops could find themselves at the front of the line to receive the first legal pot shops.  Therefore, cities such as Toronto, Ottawa and Hamilton, all of which currently have a number of illicit marijuana dispensaries in operation, would have these stores shuttered, and replaced by government shops.

Of course, it makes perfect sense that three of Ontario’s biggest cities will each have a few legal pot shops come July 2018.  So where does that leave smaller cities such as Kingston?  Kingston is certainly no stranger to illegal dispensaries, however these have been quickly shut down by police.  Even so, I don’t think the prevalence of pot shops, or lack thereof, is the only factor to consider, as Kingston is a modestly sized city.

From a population standpoint, we are within the 20 largest cities in Ontario, and from a regional standpoint, we find ourselves just outside the top 10 urban centres in the province.  Will those numbers be enough to warrant early consideration for legal marijuana retail in Kingston by July 1st 2018?  My money is on yes!  But of course, politics and a host of other factors will certainly influence where stores are located.

What do you think Kingston’s chances are of getting one of the initial legal pot shops come July 2018?  Do you believe that we’ll end up with more than one after the initial 150 retail outlets are in place come 2020?  What about the rules themselves?  Do the age restrictions, limits on personal possession, and restrictions on where people can/can’t smoke make sense to you?  If not, what would like to see changed?