Following the rollover of a transport in the early morning of Thursday, Jan. 3, 2019, lane restrictions will take place tonight on Highway 401 to facilitate a recovery of the vehicle.

The initial incident occurred at approximately 3:40 a.m. when an eastbound transport truck left the roadway near Napanee and overturned in the median between the east- and west-bound lanes of the highway. The crash occurred between Palace Road and the Switzerville Road overpass. The driver of the transport, a 42-year-old man from Markham, Ont., was not injured in the crash. No charges have been laid at this time, but the cause of the collision is still under investigation, according to the Napanee detachment of the Ontario Provincial Police (OPP).

The recovery of the truck and its load will require lane restrictions on Highway 401 eastbound tonight. Beginning at approximately 8 p.m., the passing lane through the area of the crash will be closed so that recovery equipment can be moved into place.

“It is anticipated that the driving lane will remain open and traffic volumes will be low enough that there will not be any significant impact or delays to traffic,” the OPP said in a press release. 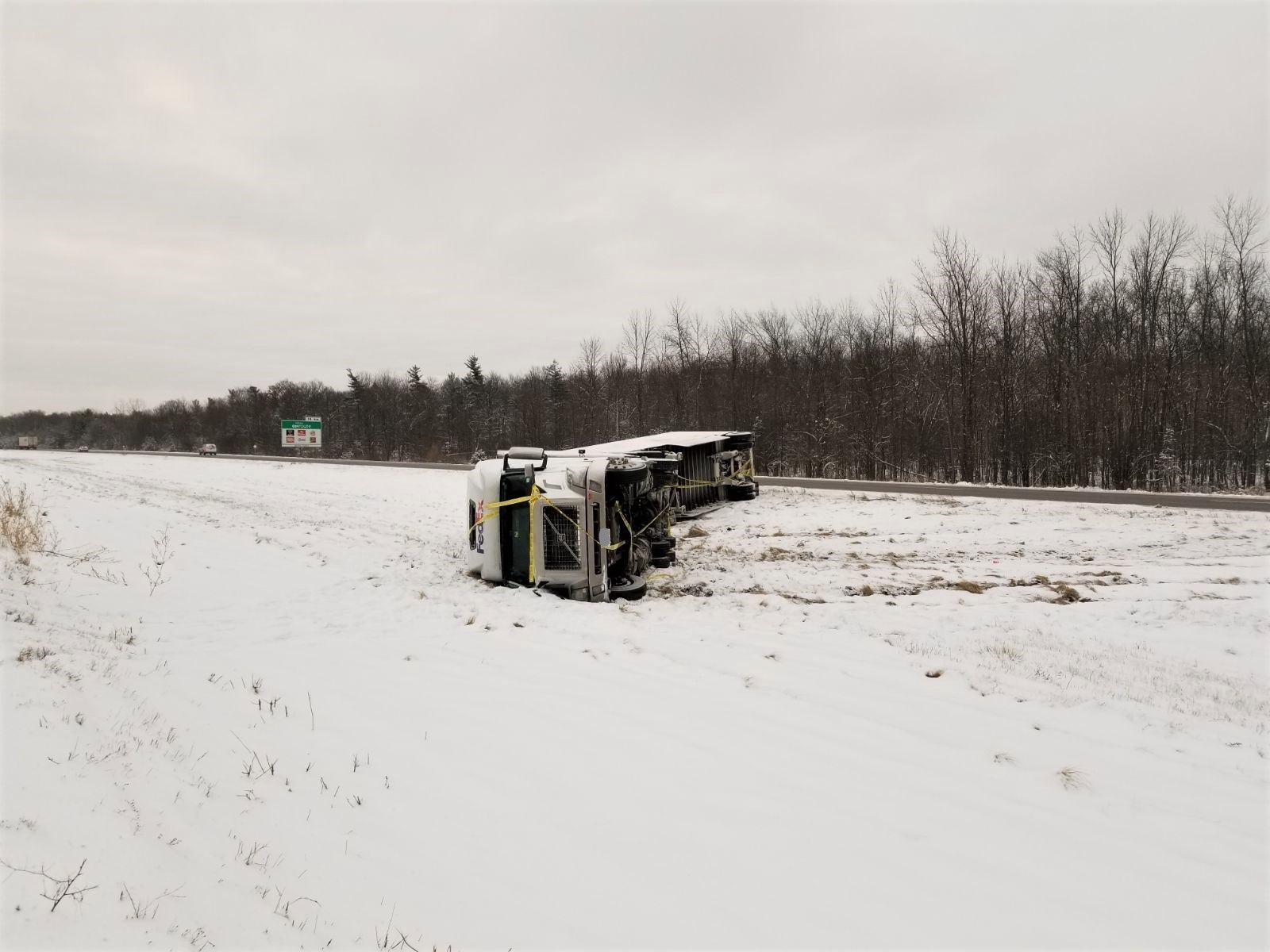