Chanting “We can’t go back to ’98!” and “We as youth deserve to know!” approximately 1,000 secondary students in Kingston chose to walk out of school today and organize in the downtown core.

The students came from a variety of different secondary schools in the city, but they all had the same thing in mind: protesting the changes to the elementary school sex ed curriculum, among other things, put in place by the Ford government.

“There were cars that honked in support of the crowd and other people cheering us all on,” said Jayda Humphries, a grade 12 student at Loyalist Collegiate Vocational Institute (LCVI).


Humphries and her fellow students marched through the downtown core after meeting in front of City Hall. Other chants from the lively and passionate group included “Knowledge IS safety,” and “We can’t do four more years, down with the premier,” Jayda said, and students held signs with slogans like “Support LGBT,” “We deserve to know,” and, perhaps most strikingly, “I didn’t know I was sexually assaulted until I read it online.” The students were also promoting the hashtag #WeAsStudentsDoNotConsent. 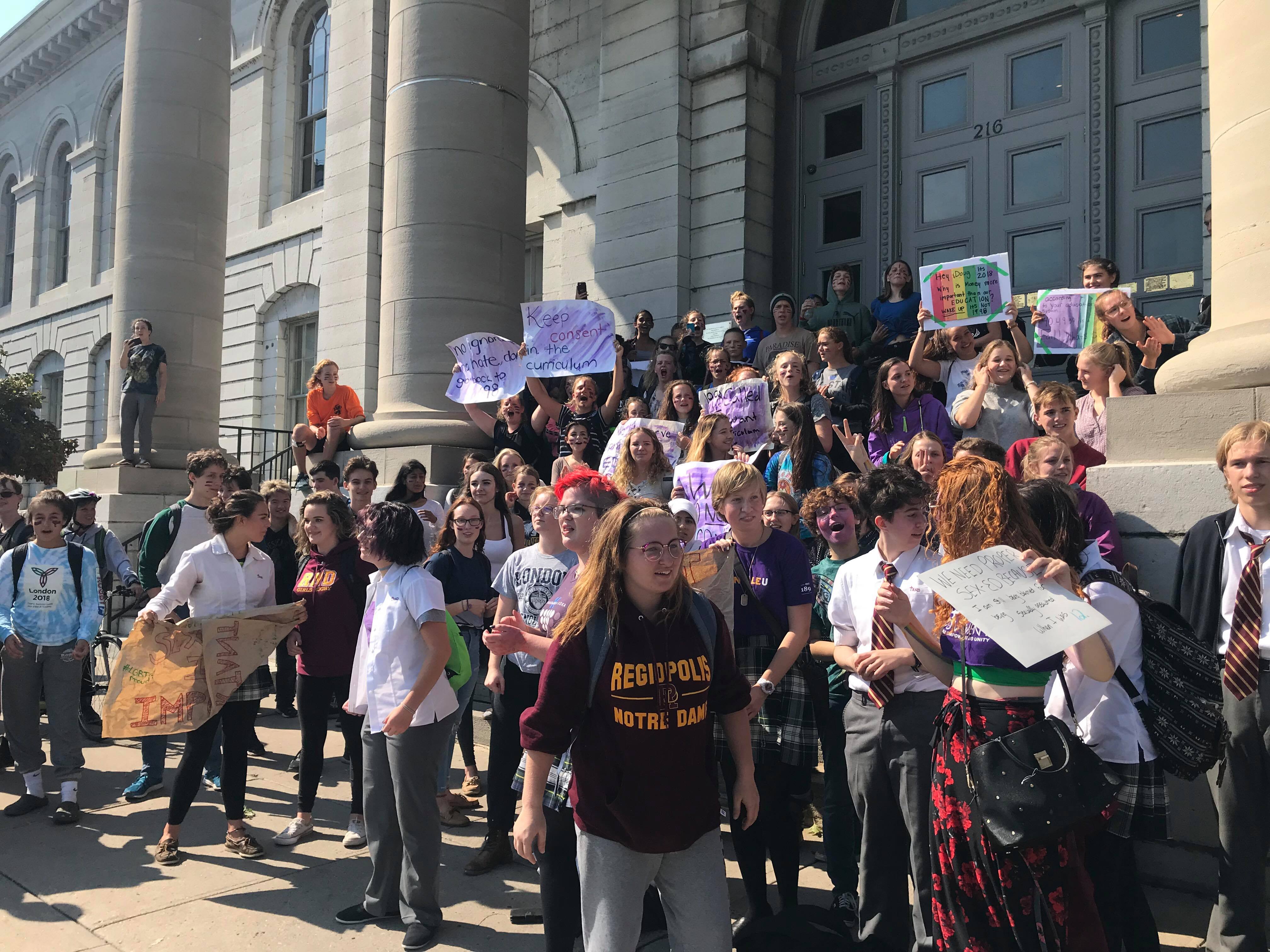 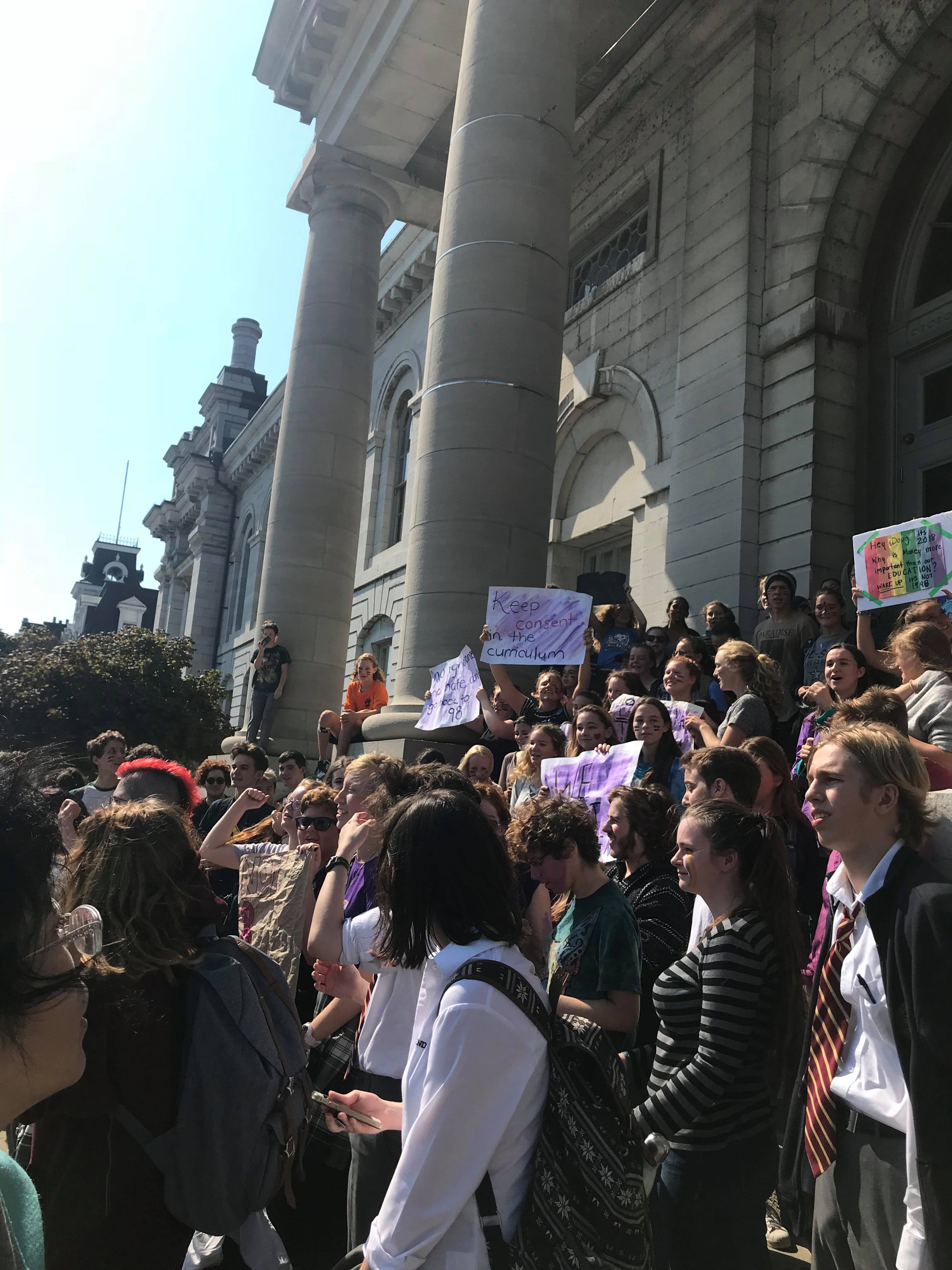 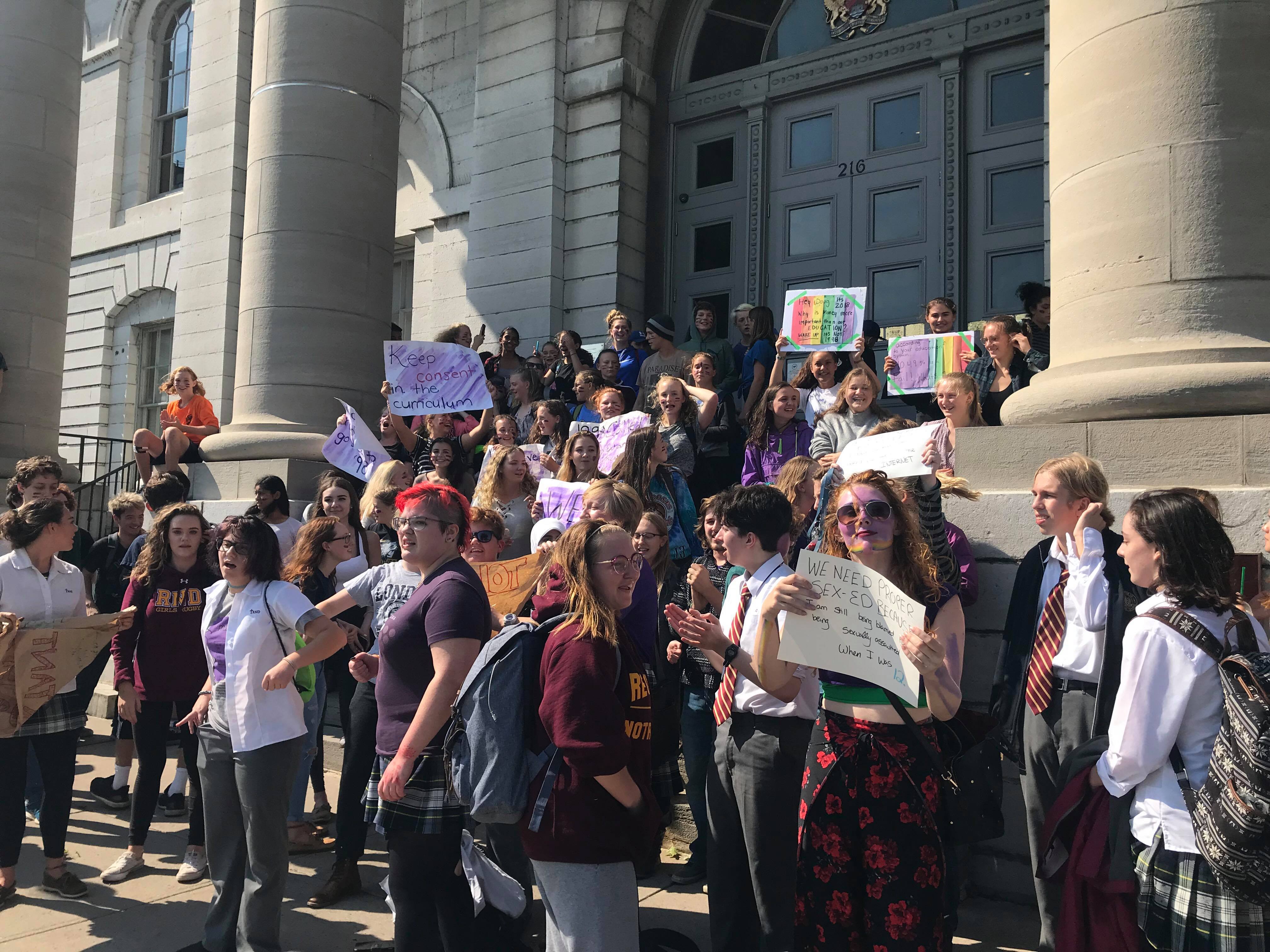