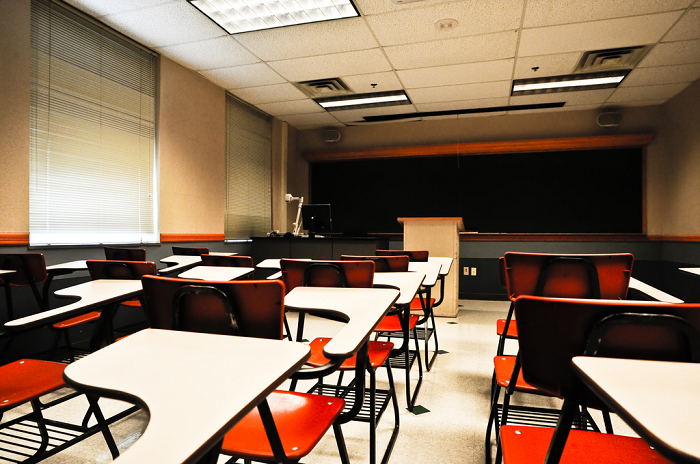 I bet some of you parents out there are ready for back to school, amirite? I, as a non-parent and a teacher, am not quite ready for classes to resume in the fall. That being said, a few schools across Canada are already back at it, including three schools in the Peel Region who have made the switch to a year-round or “balanced” school calendar.

A “balanced” schedule shortens summer break by a full month and inserts more holidays throughout the rest of the year. While many students and parents enjoy a long, lazy summer, educators who support the year-round calendar say that a break is more necessary at different times of year, such as mid-October and the dark days of February. This idea is not brand new. Roberta Bondar School in Brampton has been using a balanced schedule since its opening in 2005. A four-year study on the school has shown significant benefits. When it comes to learning loss, the shorter break allows students to retain information and jump right back to learning rather than spending precious time reviewing material from the previous year. The shorter breaks also make things easier for those studying a second language, as two full months away from a language can cause real set backs. When it comes to the teachers, the study found that they were taking fewer sick days, which makes for a more stable learning environment for the students. Overall, students and teachers both report being less exhausted in general.

So, what does a “balanced” schedule look like? It still has the same number of teaching days as the traditional school year: 187 to be exact. The balanced schedule starts at the beginning of August and runs until a two week “Fall Break” in October. Work then continues until the holidays in December, when students get three weeks off. School resumes as usual in January until the “Mid-winter Break” which happens in early February for one week, and then breaks again for a two week “Spring Break” in March. From here it’s a run to the end-of-June finish line where students will finish up their year as usual before taking a four week “Summer Break”. While a shorter summer doesn’t sound great at first glance, the payoff is knowing that there are more holidays to look forward to throughout the school year.

Some schools in the Kingston region already have their own version of what the school year should look like. Schools in the French board begin and end classes a full week before the public school board, and some private schools take two weeks for March Break. The Limestone District School Board and The Algonquin & Lakeshore Catholic District School Board, however, still adhere to the traditional school year schedule. So, this week we want to know:

While some might argue that the addition of more breaks can make things harder on parents who work, it is likely easier for parents to take time off in October or February rather than during the summer months, when everyone is looking for a holiday. Of course, this would shift if a balanced schedule became the norm. There is also the question of teenage students getting summer jobs. The period of time they can work is lessened, however, a part-time job during the school year never hurt anyone.

What do you think about changing up the school year? Are you a parent, a teacher, a student? We’d love to hear your thoughts on the subject. Drop off your comments below.

Thanks to KT King for today’s photo.

One thought on “Should Kingston Schools Adopt a Year-Round School Calendar?”