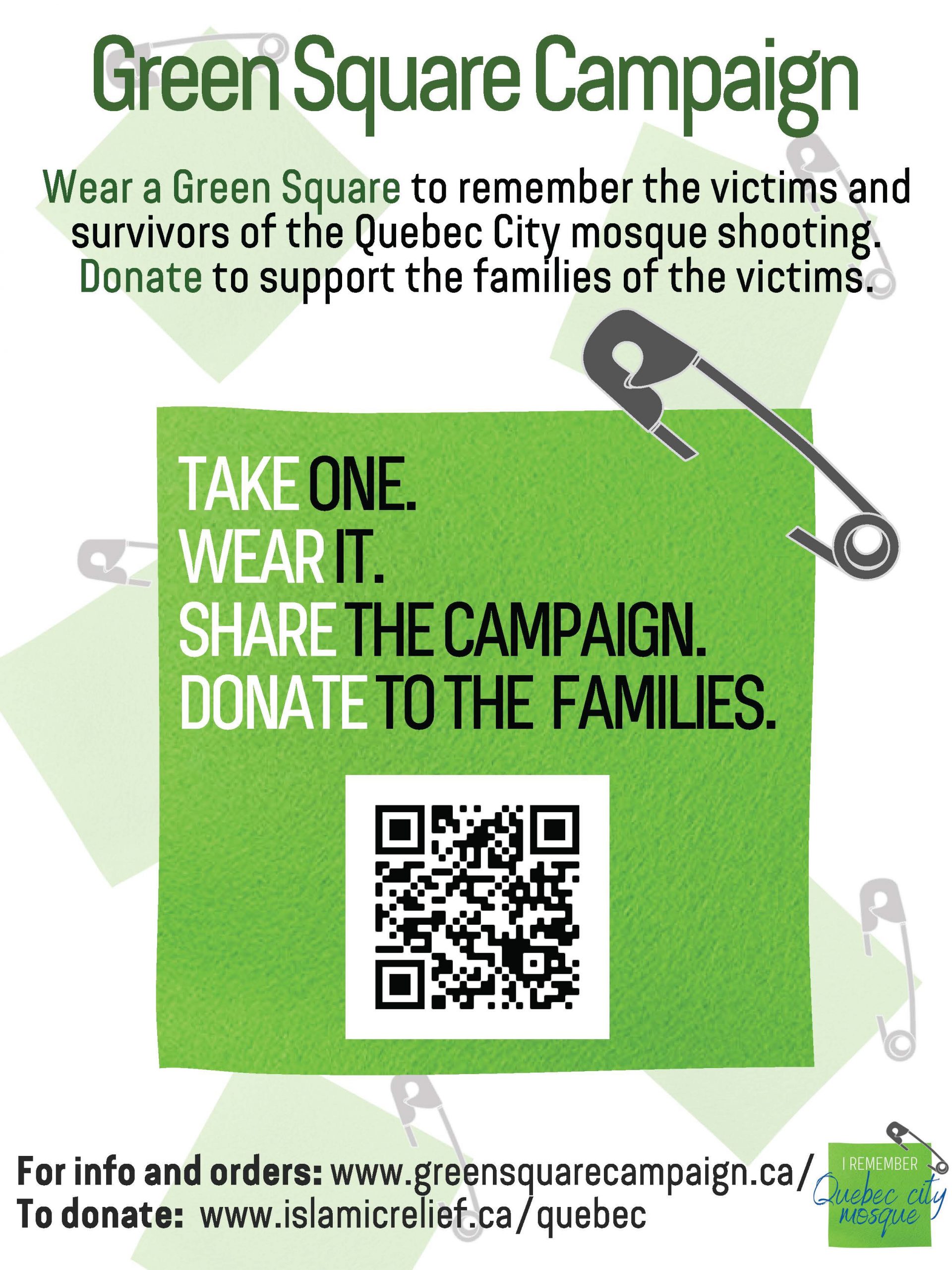 Members of the Kingston community are joining the commemoration of the 3rd anniversary of the Quebec City shooting with a memorial and national Green Square campaign.

On January 29, 2017, a gunman entered the Islamic Cultural Centre of Quebec City (Centre culturel Islamique de Quebec) in the middle of a prayer in congregation, and opened fire on the worshippers, killing six men and injuring many more.

“Until this day, this tragic shooting continues to shake many hearts and bring deep sadness and fear to our community,” said the Islamic Society of Kingston in a press release. “January 29 is a date that Muslims in Quebec and the rest of Canada will forever mourn. This year, and hopefully for years to come, the Muslim community has decided to do things differently.”

The Islamic Society of Kingston joins other communities across the nation in the Green Square Campaign (https://www.nccm.ca/greensquare/), an initiative launched by the Islamic Cultural Centre of Quebec (CCIQ), National Council of Canadian Muslims (NCCM) and Islamic Relief Canada.

“We know that although this event hurts us deeply, this heavy feeling is shared among many Canadians all over the nation. This is why we ask you to wear the green square from January 27-29, 2020,” said Dr. Mona Rahman, Education Coordinator for the Islamic Society of Kingston in the release.

Kingstonians are asked to wear the green square in solidarity with the six widows, the 17 children left fatherless, Aymen Derbali — who is left paralyzed for life — and person continuing to suffer the consequences of this violent hate crime.

Green squares will be available at the Islamic Centre of Kingston as well as on Queen’s campus.

“The green square symbolizes the green carpet of the Quebec City mosque, that on that day was soaked in the blood of innocent victims,” said Dr Rahman in the release.

As part of this campaign, funds are being raised to assist the families that are still living with the outcomes of this tragic event. More information is available at: http://islamicrelief.ca/quebec.

The Islamic Society of Kingston will be holding Prayers for Peace & Remembrance for the Victims of the Quebec City Mosque Shooting on Wednesday, January 29, 2020 from 6:30-7:30 p.m. at the Islamic Centre of Kingston. All faith leaders and friends are invited to join in. A Facebook event page has been set up at: https://www.facebook.com/events/1126764977654779/ 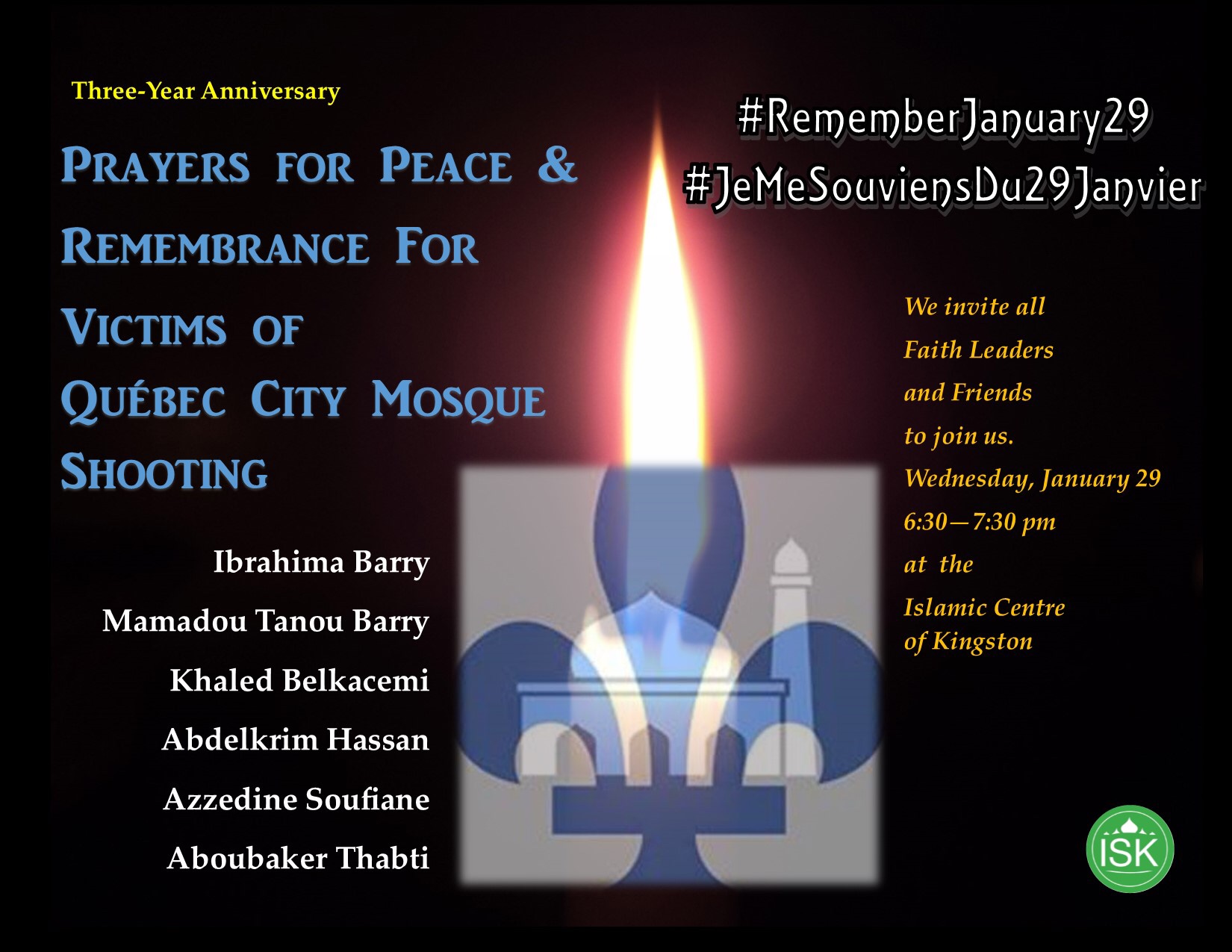