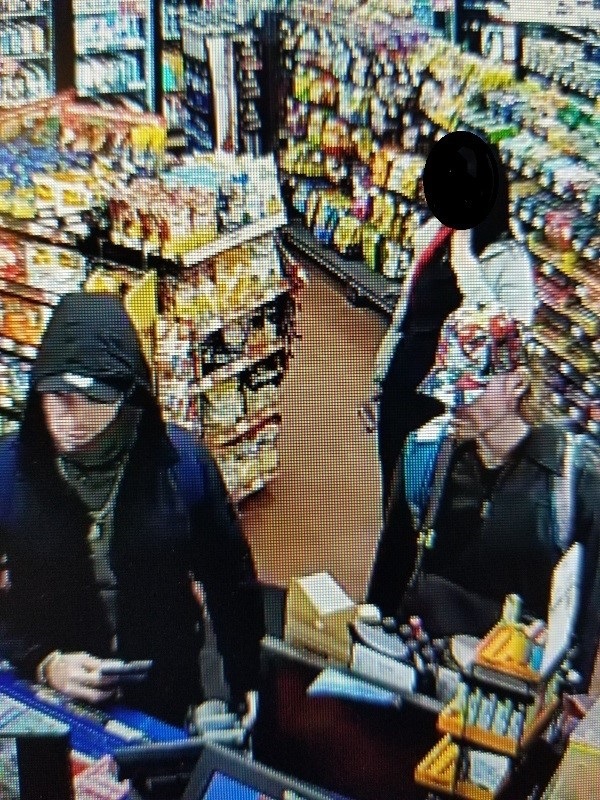 Kingston Police have released the above image and are asking members of the public for help in identifying the two male suspects pictured.

According to police, the two male suspects came into possession of stolen credit cards on Wednesday, Mar. 20, 2019. The two males then attended a downtown convenience store where they purchased items using the stolen cards.

Anyone who recognizes one or both of the male suspects, or anyone who has further information, is asked to contact Det. Schaule at 613-549-4660 ext. 6272, or via email at [email protected].