Big projects have been increasingly on the minds of many Kingstonians thanks to ongoing discussions and debates regarding the Third Crossing over the Cataraqui River, the Capitol Condo, towering residential structures at the foot of Queen Street, and the expansion of the runway at Norman Rogers Airport. Each of these highly publicized, politicized, and divisive undertakings has the potential to set new standards, and profoundly change the city for better or worse.  Over in Portsmouth District, a similar, massive project has been quietly simmering, as multiple layers of government, commissioned consultants, community and special interest groups set the stage for the future development of Kingston Penitentiary and Portsmouth Olympic Harbour.

The expansive project aims to transform 5 acres of land owed by the City, 19.5 acres under the jurisdiction of Fisheries and Oceans Canada, and a whopping 26 acres of land belonging to the Correctional Service of Canada into a cohesive hub of activity that respects heritage, enhances recreation, increases population density and bolsters tourism.  The current composition of the site includes the Portsmouth Olympic Harbour buildings, park and marina, a Coast Guard station as well as the infrastructure and grounds that comprise the former Kingston Penitentiary.  How much of these existing elements should be preserved, and what must be added to transform this emerging district into a destination?

An ongoing visioning exercise has combined feedback received during workshops, interviews, and roving information stations to generate four distinct concepts for developing Kingston Penitentiary and Portsmouth Olympic Harbour.  While the concepts are similar in areas such as access to public space and preservation of heritage elements, they differ in terms of building height, what does and does not get demolished, as well as the position of the marina.  An overview of each “exploration” and their distinct features is as follows: 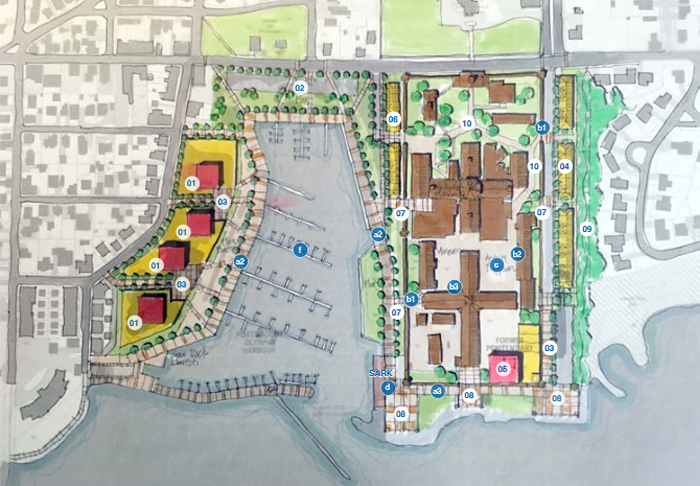 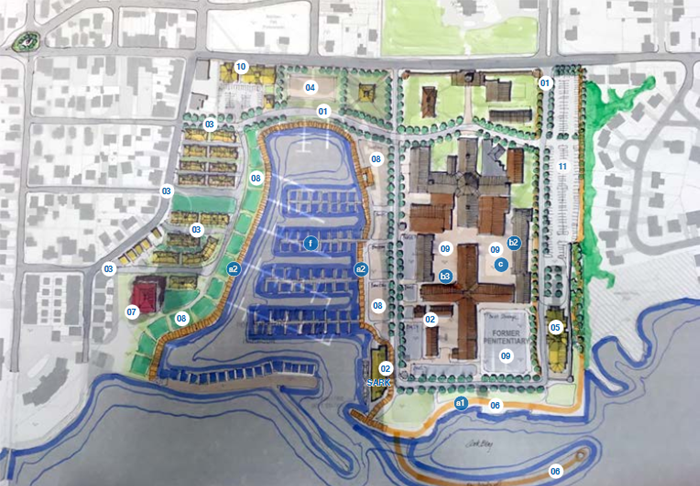 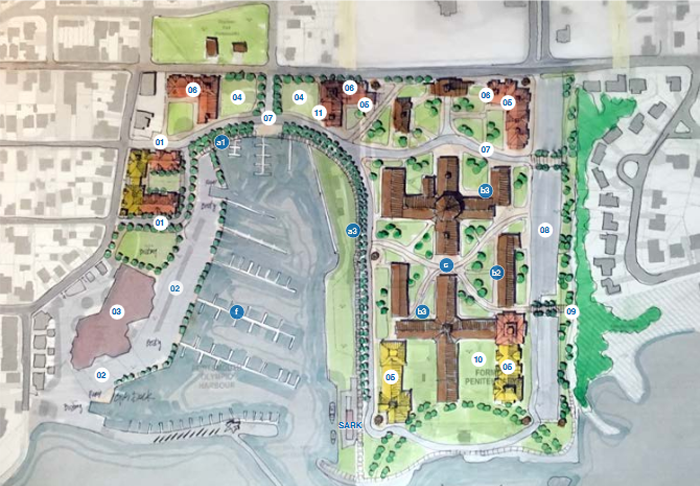 Exploration #3: two streets on west side of harbour are extended and lined with residential buildings (4-6 storey); Olympic Harbour building and parking remains; marina remains on west side of the harbour;  twin green spaces at north side of harbour; 4-8 storey buildings at north west corner of Penitentiary site; all older buildings on former Penitentiary site are maintained with adaptive re-use – all modern buildings removed; only limestone portions of the north wall of the former Penitentiary are maintained – all others removed; and continuous water’s edge promenade. 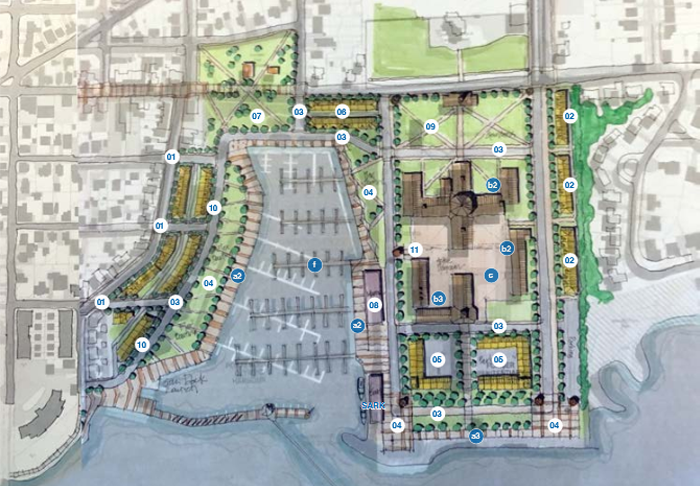 Which exploration option for Kingston Penitentiary & Portsmouth Olympic Harbour do you prefer?

We need to careful about misinterpreting these preliminary “explorations” as they are not the only options available to us moving forward.  The future redevelopment of Kingston Penitentiary and Portsmouth Olympic Harbour will likely incorporate the best and most widely accepted elements of each of these four concepts into a singular vision.  With that in mind, what aspect of the exploration you chose in this week’s poll did you like the most?  Furthermore, what element from any one of the other designs would you incorporate into the option you selected?  Finally, what key ingredient is missing from all four concepts?