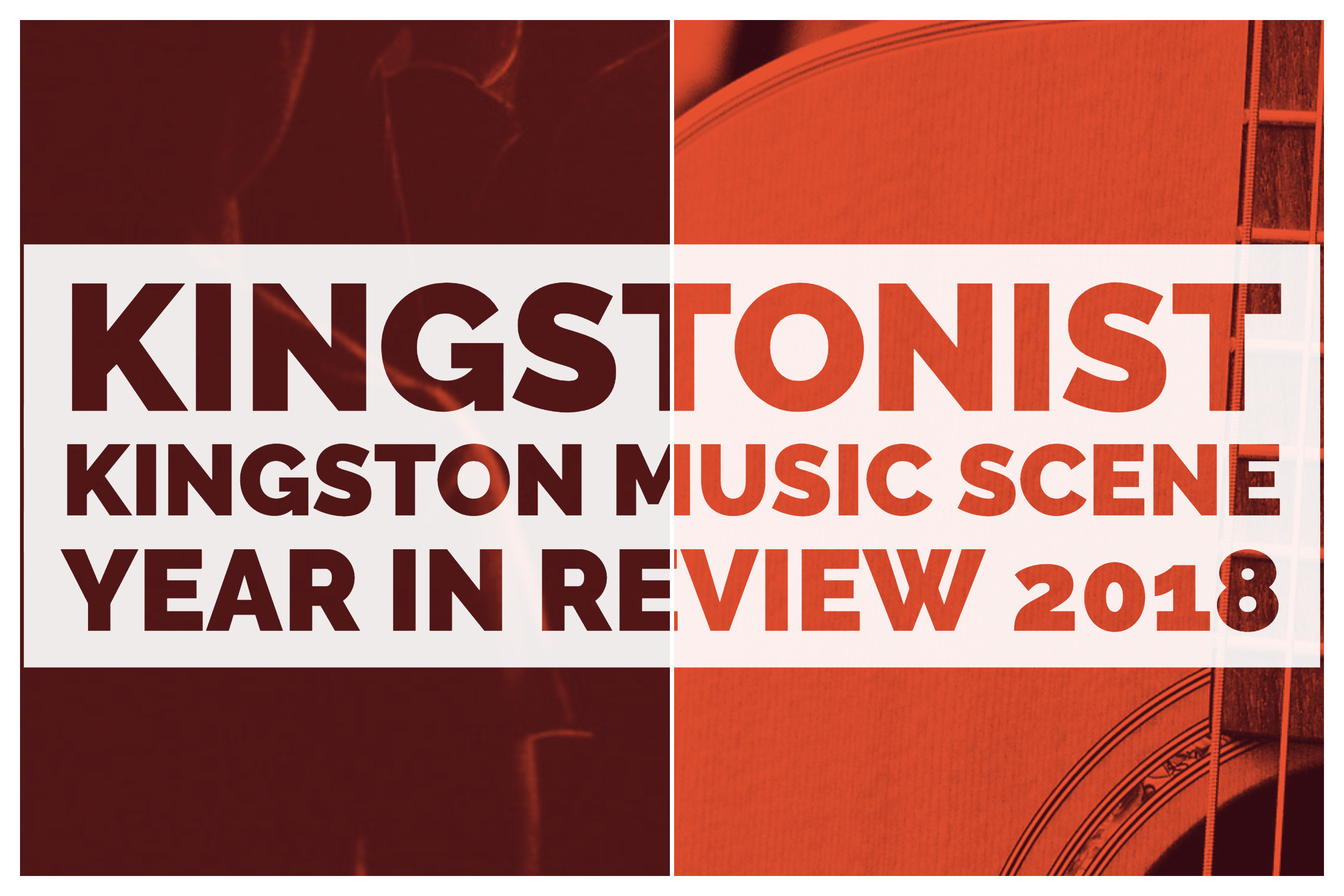 With 2018 planted firmly in the rearview mirror, it’s time for Kingstonist to take a look back at the year in local music.

Our thriving local music scene continued to provide great new music for us to hear. There were new releases in 2018 from The Wilderness, The Huaraches, Greg Ball, children’s entertainers Sweetiepies, Major Love, and jazz singer Michelle Kasaboski. There were new festivals (Fall for Kingston, Plant the Seeds) but fewer music stores (RIP Kingston Guitar Shop and Centre Stage Music’s Kingston location). We are, for now, even on record stores (Something Else just opened on Wellington Street, but Brian’s Record Option is expected to re-open by the spring), and we gained a few new venues.

There are plenty of local musicians over the age of 40 or so who will tell you that there used to be way more venues in the 90s. Kingston hit a low point for good paying venues somewhere in about the mid-00s, but we’ve been gradually bouncing back ever since. This year, three new venues, by my count, starting offering live music regularly, including two in the west end. Spearhead Brewing Company opened in April and has been offering music consistently since opening. King’s Town Beer Company has been open longer but started dabbling a little more frequently with live music this year. SanTur Brewing, which opened just a week ago downtown, had a live band on opening night and is expected to have live music at least twice a week. It will be the only regular venue on Princess Street between The Toucan and The Brass.

I also can’t think of anywhere that stopped doing live music, which means the places that are hosting are really seeing the value, as are customers.

These new venues in the west end are a real bonus to those of us that live in this part of town. Riverhead Brewing Company started doing live music late last year, but for many, there wasn’t much to choose from outside of Raxx and Overtime. Little Texas at Bath and Days, which opened in 2017, is doing at least three shows a week and seems to be holding strong, after several years of a variety of restaurants and bars coming and going in that location. So now there are six places to regularly see live music in the west end, and I don’t know how long it’s been since that was possible.

The biggest event of the year for local music most certainly has to be The Glorious Sons triumphant show at the K-Rock Centre (now the Leon’s Centre) on February 24. When the show first went on sale, in the arena’s half-bowl configuration, tickets sold out almost instantly, prompting promoters to open up the arena to the full 6,700 seats. In November, the Sons headlined yet another huge show at Toronto’s Scotiabank Arena, selling out that room as well at somewhere around 10,000 tickets. Oh, and they opened for The Rolling Stones in France. The Sons have been on the rise quite steadily for a few years now, but I think it’s safe to say 2018 will go down as a huge year for The Glorious Sons.

Kingston musicians continued to show incredible support for the community. Miss Emily, aka Emily Fennell, started the groundwork for a new organization called MIKES – Music Industry Kingston Emergency Support – which will offer short-term income supplement for professional musicians who are unable to take paying gigs due to illness or injury.
“We raise money for everybody else, nobody raises money for us,” Fennell told Kingstonist back in June.
Oh, and Miss Emily also sold out the Isabel Bader Centre again in 2018, and she’s the only independent Kingston artist to do so.

The Homegrown Live Music Festival celebrated its 10th anniversary in May. The one-day, all-local festival has raised over $100,000 for the Joe Chithalen Memorial Music Instrument Lending Library (Joe’s M.I.L.L.) since 2008. As part of their 10th-anniversary celebrations, and as a thank you to the hundreds of volunteer musicians that have helped out over the years, Homegrown organizer Tom Stewart conceived the Plant the Seeds Initiative that happened in November. The event was a series of workshops, jams, and intimate concerts, bookended by a film screening and a finale concert. Joe Chithalen’s old band Bloom reunited for the first time in several years for the event. I asked Tom Stewart what the highlight of the event was for him.
“Seeing Bloom reunited and playing some of the original Joe Chithalen songs like Little Brown Babies,” he said.  “It was a full house and then some at the RCHA Club.”

What was your favourite moment in live music this year in Kingston? Was it a local band? Or perhaps another artist coming through town like Jeff Tweedy, John Mellencamp, or The Beaches? Have you checked out any of the new venues? Let us know here or on social media!