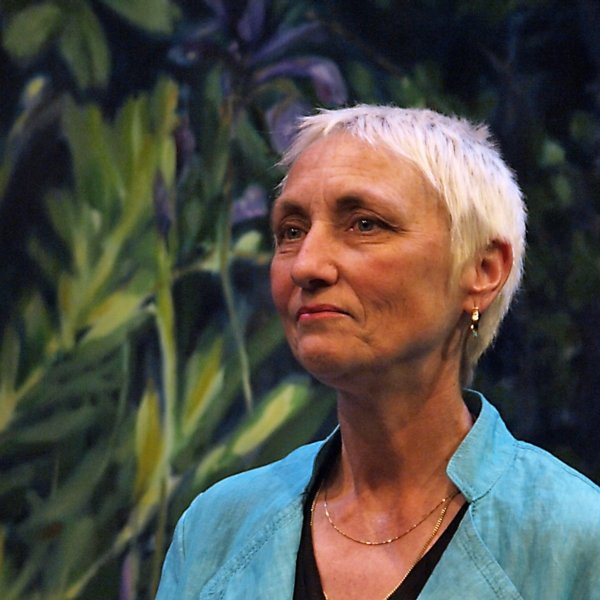 Theatre icon, passionate professor at Queen’s, and stalwart activist Kim Renders passed away on Tuesday, July 17, 2018. She was 63.

Ms. Renders was widely renowned for her groundbreaking work establishing a feminist voice in Canadian theatre, and promoting community theatre. She was a founding member of the feminist company Nightwood Theatre, and of The Theatre Centre.

The NAC lowered their flag to half-mast yesterday in Ms. Renders’ honour, tweeting “Today we mourn the death of Kim Renders, Canadian theatre writer, director, actor and designer & founding member of @nightwoodtheat, the oldest professional theatre company in Canada. She was a great friend to the NAC, often driving up from Kingston to see performances.”

Ms. Renders’ family, friends, colleagues, and students also took to social media to celebrate her impact on the Kingston community and on the Canadian theatre landscape as a whole.

John Lazarus posted on Facebook that Ms. Renders “was such an explosive force of nature that it’s very difficult to wrap one’s head around the fact that she’s gone and that the world is rudely insisting on looking the same, even though it no longer has her in it.”

“She pushed me to share my ideas and take the lead, she could say more with a look than many can say with 100 words, and she could work you hard, but somehow always had a unique softness to her,” wrote Vera O’Connor, also on Facebook. “Kim had the amazing ability to not only see people… but to see inside of them.”

Will Britton, also active in the Kingston theatre scene, remembered her as “an unapologetic artist, whose rare and sometimes challenging honesty and integrity will be sorely missed…”

Ms. Renders’ influence had a particular impact on Megan Hamilton, an active member of the Kingston arts scene.

“I first met her in 2009 when I was moving to Kingston and looking for a job. We became friends and I started to work in the Chipped Off performances after their first year. I liked her very, very much,” Hamilton reminisced. “I knew of her from when I worked in Toronto theatre… Here was this huge theatre icon here in Kingston. We got together for walks once every month or two, and ranted and raved about patriarchy and injustice. She was so kind to people. She was very strong in her ideals. I would like to think it was her legacy to remind people to keep making art, to be inclusive and thoughtful about your work, and to keep fighting the good fight.”

Those who were present in her final moments say that Ms. Renders’ final utterance, a single four-letter expletive, was a perfect summation of her lifelong irreverent spirit. Appropriately, on the Facebook group set up in her memory, Ms. Renders’ daughter, Jill Lindsay, posted a photo of July 17th’s stunning sunset, with the simple caption “Mum always knew how to make an exit.”