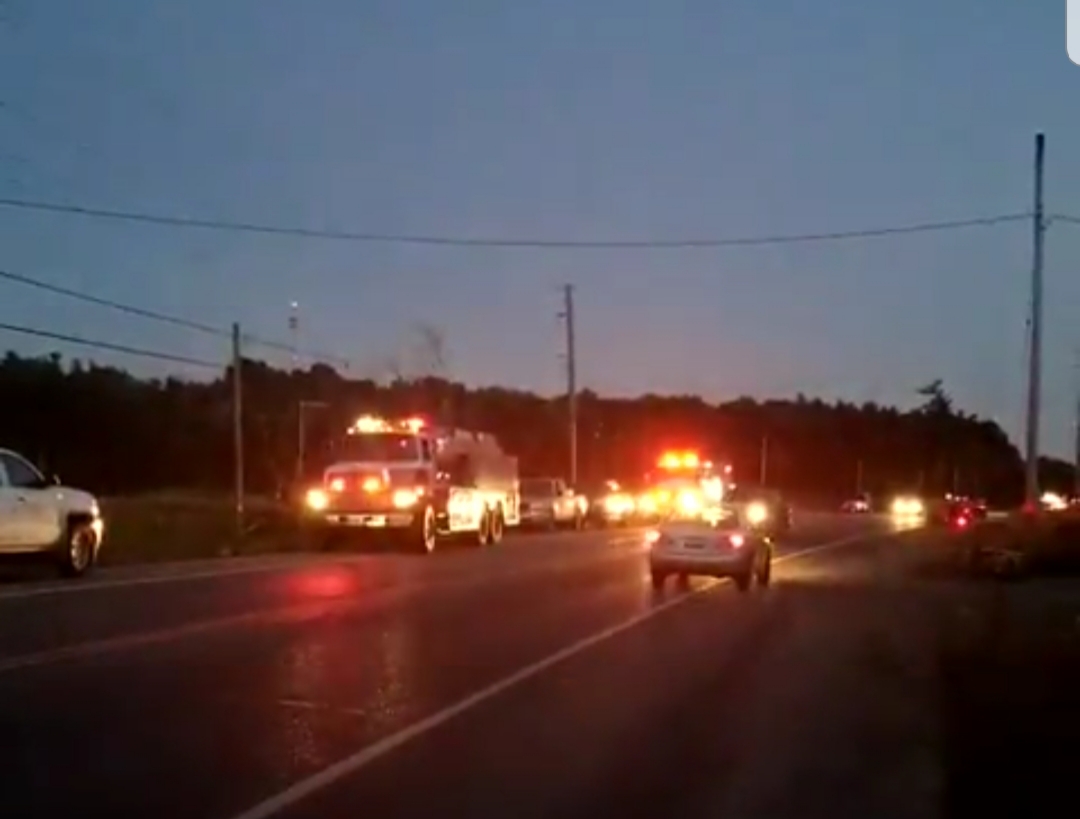 A Kingston Fire & Rescue vehicle was damaged on the evening of Thursday, July 19th when it was struck by a passing vehicle as fire crews were responding to a vegetation fire on Perth Rd near McAdoos Lane.

The all-terrain vehicle known as WL281, which is commonly used to reach heavily wooded, long-grassed, or wetland areas which are hard to enter with conventional fire trucks, had been part of the contingent dispatched to the medium-sized fire at around 8:00 p.m.

The vehicle and its trailer were struck at around 10:45 p.m. Fortunately, no injuries were reported. The exact dollar value of the damage caused by the collision is not yet known. Kingston Police could not be reached for comment on what charges may be laid against the driver.

Drivers are reminded that is is the law to slow down and move over when approaching areas where emergency crews are responding, and to pull over and yield for any emergency vehicles with flashing lights. Failure to comply could result in a $2000 fine and 3 demerit points on the first offence, and subsequent convictions could result in a $4000 fine, license suspension and jail time.