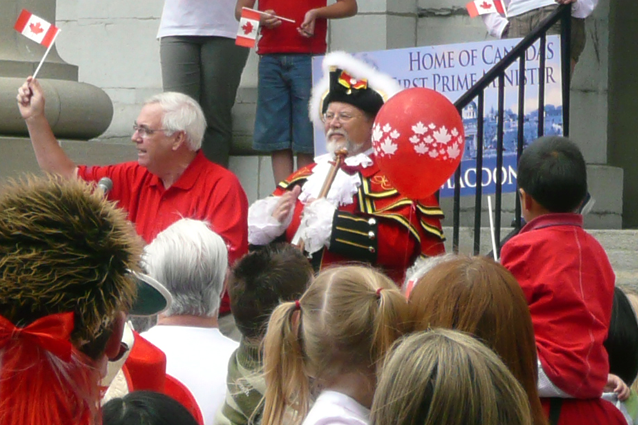 John Gerretsen‘s lengthy political career began in 1972 when he was first elected as an Alderman for the Limestone City.  He went on to serve as Mayor of Kingston for three consecutive terms before finally stepping off of the municipal stage in 1988.  After taking a brief break from politics to practice law, he earned a seat in the provincial legislature in 1995, and has successfully been re-elected on five consecutive occasions. Gerrestsen has held numerous noteworthy positions during his time at Queen’s Park, including Opposition Critic on Municipal Affairs and Housing, Chief Opposition Whip, Minister of the Consumer Services and most recently, Attorney General of Ontario.  After nearly four decades spent representing Kingstonians, Gerretsen, 71, announced last week that he would be retiring from politics and therefore would not be seeking re-election. Accordingly, this week’s poll asks:

Are you disappointed that John Gerretsen is retiring from politics?

News of Gerretsen’s retirement has already sparked speculation regarding who could succeed him as the next Liberal Party hopeful for Kingston & The Islands. While no names have officially come forward, the decision has re-ignited chatter that Gerretsen’s son may be eying an eventual transition towards provincial politics, however the Mayor has been quick to cast aside such claims.  At this point in time the only thing Kingstonian’s know for sure is that we will have an entirely new face at Queen’s Park after the next provincial election is all said and done.  And if our recent poll results are any indication, the Liberal stronghold that is Kingston & the Islands may be about to change political stripes.

What are your fondest memories of John Gerretsen’s time as Alderman, Mayor or MPP?  How do you think he will be remembered, and what do you think his departure will mean for Kingston & The Islands in the next provincial election?