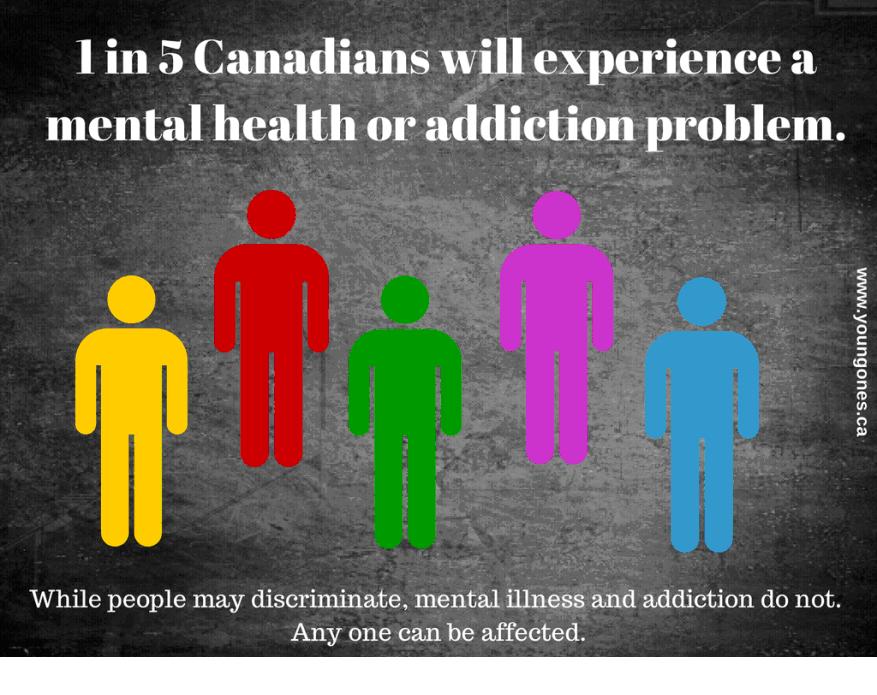 Suicide is the second leading cause of death for those aged 15 to 29, second only to accidental death.

It’s a staggering statistic, and one that finds itself in the company of many other striking statistics regarding mental health. Suicide is a leading cause of death in young people. One in five Canadians will experience mental health issues or illness in any given year. And frighteningly, about 60 per cent of people with mental health problems won’t seek help for fear of being labelled.

These issues are only compounded by the deficiencies within the health care system when it comes to mental health treatment, therapy, and diagnosis. That’s where Mental Health First Aid comes in, bridging the gap between the general public and those afflicted by mental health issues, as well as the gap between those afflicted and the services and resources available.

As a registered nurse with advanced training and a Master’s Degree, Lefebvre has seen first-hand how mental health issues touch nearly everyone – those who suffer with mental illness, and those who know and love them. Whether it be in a hospital while she’s working, or in the work she does with youth homelessness in Kingston, Lefebvre said she’s dealt with mental health issues basically everywhere she’s been. And creating Limestone City Mental Health First Aid is her way of trying to make a difference to the ongoing issues surrounding mental health.

“So it doesn’t surprise me that I’ve landed in this place in my career because I’m drawn towards helping others, and this is just another way in which to do it.”

“It gives people skills help someone who has a mental health issue, or who might be in a full blown crisis,” she said of the two-day course.

Lefebvre and her husband, who also works in healthcare, had hired some individuals to help around their house with a few tasks. One of the individuals was “sitting on our driveway and having a delightful conversation with himself,” she explained.

“My daughter, who was 10 or 12 at the time, came in the house and she was terrified. She said ‘Mommy this guy is just talking. It sounds like he’s talking to somebody, but there isn’t anybody there, and he’s actually answering questions,’” Lefebvre recalled

“And so that was a crash course with my young child to let her know that the individual was talking with someone who was very real to him, but not to us,” she continued.

“My daughter was exhibiting such fear, because she was ignorant. She wasn’t aware. And that’s how most people respond. They’re fearful. They don’t know what to do.”

Mental Health First Aid reduces that fear, Lefebvre explained, and builds awareness while giving her students the understanding and confidence to know that there is nothing to be fearful of.

The classroom environment her courses offer creates a safe space where people are welcome to share and learn together, and the courses can be given to those aged 18 and over in groups as small as eight or as large as 25. For larger groups of coworkers or organizations wanting to equip themselves with Mental Health First Aid training, Lefebvre brings in her other trained instructors to break the larger group into smaller sections.

Limestone City Mental Health First Aid has two courses coming up later this month, so check out their website for more information – the knowledge one can gain through the course could literally mean the difference between life and death for someone they come in contact with.