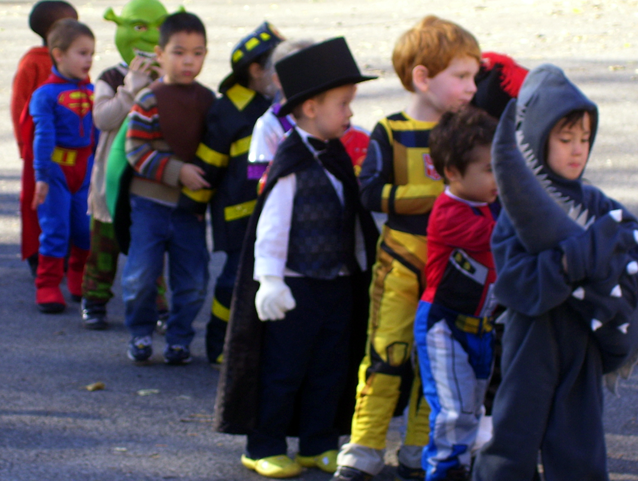 Boo!  All set for Halloween?  If you’re like me, you’re likely still scrambling to figure out a costume or, you’ve decided that Halloween is overrated and you’re not going to bother this year – and then change your mind at the last minute and still end up scrambling.  Harvey and I came up with our plan on Wednesday and managed to actually get most of the parts to our costumes after getting some inspiration at Spirit Halloween.  I say inspiration because we’d have to be nuts to actually spend upwards of $50 on a costume that we’ll wear once, maybe twice if it’s still in tact by the end of the night.   So, after some searching and brainstorming, we ended up at good ol’ Phase Two and Dollarama where we purchased the necessary parts to our super secret costumes.

Before we get ahead of ourselves though, tonight is the night!  Dan Mangan is in town and I’ve been looking forward to this since the last time he was here.  I have to say though, I wish he was back at the Grad Club.  Sydenham United doesn’t lend itself well to dancing but it’s a feather in Dan’s cap that he can sell out the GC in mere minutes, requiring this larger venue.  I forwardly offered him my violining skills on Twitter…I have yet to hear back, but I’ll be sure to keep you posted…

Onto All Hallow’s Eve, the majority of the partying will likely take place tomorrow night with costume contests at The Mansion, Stages, The Merchant and My Bar to name a few.  Harvey and I are hosting and headed to various ghoulish gatherings, most likely ending up in one of these places.  What are your plans for Halloween?  What are you dressing as and where did you pick up your costume?

Special thanks to sleepjunky for today’s super cute photo.