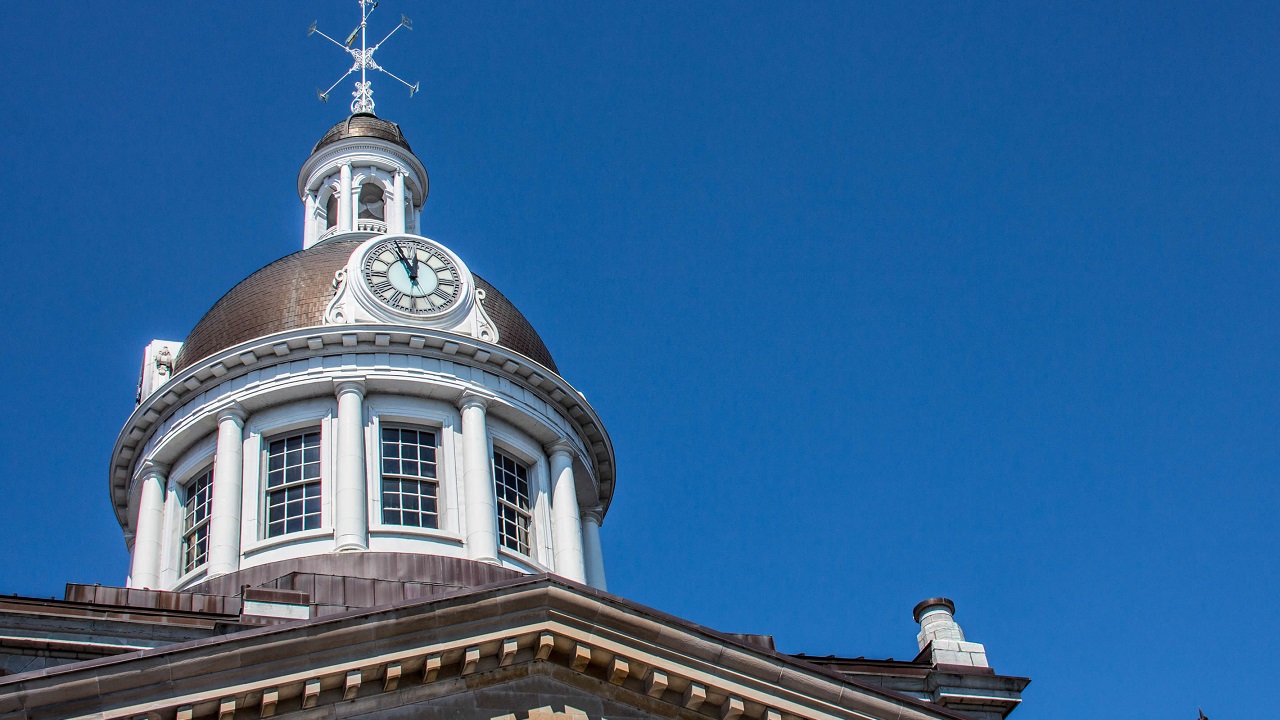 The evening opened with a few delegations regarding a noise exemption for sporting events at Richardson Stadium, a staff report on changes to the AMHS-KFLA, a report from the Municipal Accessibility Advisory Committee, and an approval of the administrative plan regarding the heritage fund. Following these, council received a briefing from Greg Newman, Manager, of Policy Planning, Planning, and Building and Licensing for the City of Kingston, who spoke to the work the City is doing regarding Drinking Water Source Protection, as council received an information report on this topic with the agenda for this meeting.

Significant discussion was had by council about the annual request from Queen’s University for noise bylaw exemptions for sporting events at Richardson Stadium — primarily around the reoccurring nature of the request and noting some neighbour comments in opposition. The request was to allow for Queen’s Varsity games and playoff games, non-Queen’s community sporting events, and special, multi-day sports tournaments — a noise exemption for a total of 47 occurrences in the remaining of 2019 and 47 additional occurrences in 2020. Staff noted that the annual request enables the municipality to keep a closer eye on the ongoing noise than a blanket approval would, and that there is a complaint process through Queen’s University in place. In approving this, which council did with a 9-3 vote (Councillors Bridgette Doherty, Rob Hutchison and Peter Stroud opposed), council also changed the dates for these exemption requests to align with the calendar year instead of the academic year.

Later in the agenda, council also approved a second noise exemption for Richardson Stadium, this time requesting a one-time exemption for a concert to be held on Saturday, Sept. 21. While discussions made multiple references to the already passed exemption for sporting events, it was made pretty clear that this type of exemption was different and should be treated as rare and unusual. It was during this discussion that Mayor Paterson mentioned that “In this particular case, we are talking about a band that has come out of Kingston that has hit the global radar and is currently touring worldwide.” Mayor Paterson went on to say that he had spoken with the band’s manager and that “given the context, I should say that we are talking about The Glorious Sons,” revealing a concert and tour date that had not previously been made public, adding that “there is a charity component to this event.” The request was approved 10-2 (Councillors Doherty and Stroud opposed) and we will, of course, share details on the event as they are revealed (all details we currently know are here).

Council also took some time to revisit the previously deferred motion regarding a new ‘Working Group on Climate Action.’ Some discussion echoed that from the Tuesday, Jun. 4 meeting about overlapping mandates and purpose of the group, followed by a number of failed amendments (and amendments to amendments) to edit the wording and adjust which groups would be represented on the group. The group, which will be co-chaired by Councillors Doherty and Robert Kiley will have invitations sent to St. Lawrence College, Royal Military College, Queen’s University, the Kingston Environmental Advisory Forum, the Cataraqui Region Conservation Authority, The Chamber of Commerce, SWITCH, KFL&A Public Health, Sustainable Kingston, Kingston Climate Hub, 350 Kingston, the Kingston Construction Association, and the school boards to send representation. This working group is expected to report back to council no later than Thursday, Oct. 31, 2019. The motion was approved 11-1 with Councillor Simon Chapelle opposed.

Among the other items in the agenda that were approved with minimal (or no) discussion were a number of contracts (fuel purchase, a new forestry truck, chemical sprayer for the airport), a patio for Namaste Kingston, the agreement to provide recycling services to the Township of Central Frontenac, approval of members for the heritage fund review committees, allowance to collect fees for electric vehicle charging stations, the updated facility accessibility design standards, and elected Mayor Paterson to serve on the board of directors of the Association of Municipalities of Ontario.

Kingston City Council now moves into its summer schedule with a lighter meeting load for both council and committees. The only meeting of council for July will take place on June 9, 2019 at a new time, 7:00 p.m.

One thought on “Hall Monitor: A Noisy Environment”