They say the pen is mightier than the sword, and those in Kingston’s arts community are proving that as they push forward to “create a positive out of a negative” after a public poetry installation was destroyed by vandalism.

As part of a Skeleton Park Arts Festival initiative, young poet Olivia Ows poem ‘Sunrise on Ice’ was selected for this year’s public poetry installation. The initiative, which began last year when poet Stephen Heighton’s ‘Night Skaters’ was posted on the boards surrounding the hockey rink in McBurney Park (which is more commonly called Skeleton Park). As they did in 2018, Skeleton Park Arts Festival intended to have full day in Skeleton Park this year celebrating local poetry, with readings and skating in the popular downtown park. Ows’ poem, which was inspired by Heighton’s ‘Night Skaters,’ had already been installed in advance of the event, but those plans came to a halt after the installation – the focal point of the celebrations – was vandalized just two days before the Sunday, Feb. 10, 2019 event.

“I noticed it when I was walking my son to school on Friday morning,” Greg Tilson, Artistic Director for Skeleton Park Arts Festival said of the vandalism. At some point, someone or a group of people had torn the polystyrene boards printed with the poem away from the wood of the hockey boards, Tilson explained.

“And then it was just gone. The City moved pretty quickly to remove the installation once it was vandalized because it wasn’t really safe. The way it was damaged left jagged edges and that kind of thing.” 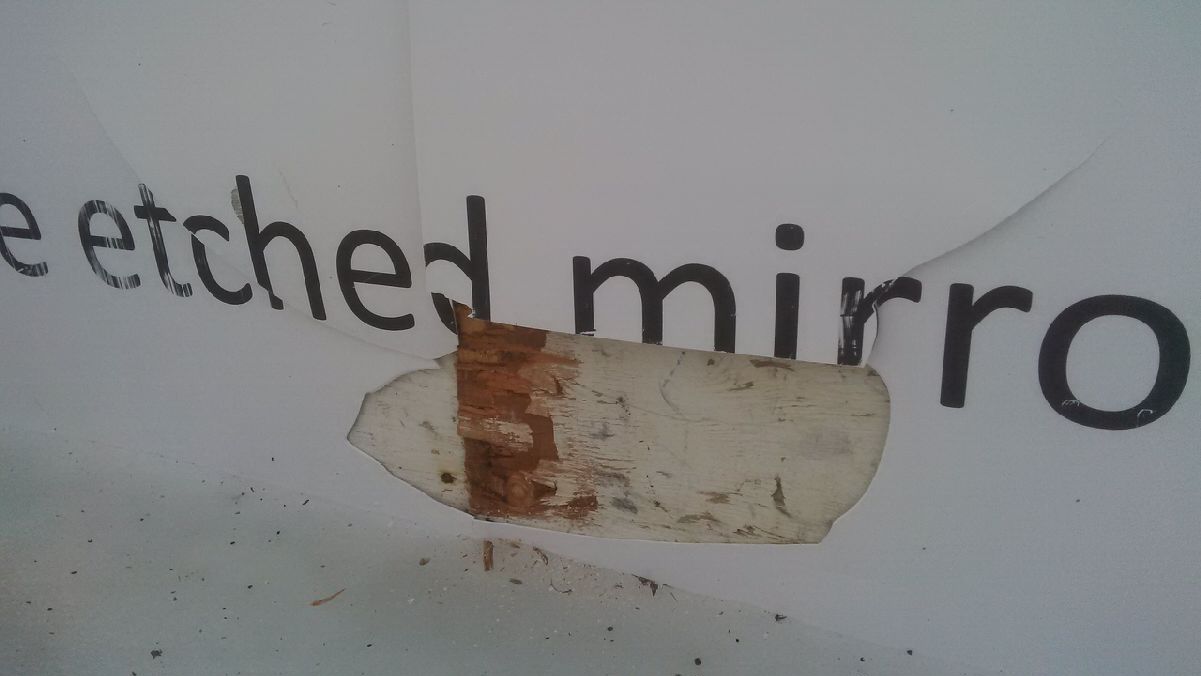 The vandalism left Tilson and Ows a little disheartened, Tilson expressed. After all, the whole concept of the installation is to make poetry public and accessible. But, as Tilson pointed out, as disappointing as the incident was, it was merely a “setback.”

“I think we both are in agreement that, you know, we’re discouraged, just because it’s a crappy thing to have the vandalism happen. But there’s so many other positives that it’s been a really good experience despite this setback,” Tilson said, pointing out that vandalism in Skeleton Park is far from uncommon.

“Olivia feels really great about how everything has helped her raise her profile, and how she’s met other poets.”

Despite the setback, the project has created some great opportunities for Ows. The grade 11 student has had a mentorship opportunity with Kingston Poet Laureate Jason Heroux, has also been in communication with the aforementioned Governor General Award-winning poet, Stephen Heighten.

“Some people see poetry as something that exists only in books, stuck on dusty shelves, and reached for to find quotable toasts for life-changing events like weddings and funerals. But public poetry installations remind us that poetry can be found everywhere, day after day, in parks and streets and market squares. A lot of communal time, effort and resources go into putting these installations together, and by featuring local Kingston poetry they invite us to perceive our environment with fresh eyes. One of the key benefits to having public poetry installations is that they help change how we see, what we think, and the way we live, by letting the human spirit feel at home in the world.” – Jason Heroux, Poet Laureate, City of Kingston

And now, with a little help from the Kingston Canadian Film Festival, Tilson and others in the local arts community have come up with a new way to celebrate Ows and ‘Sunrise on Ice.’

“Olivia will read her poem on Friday, Mar. 1 before the premiere of ‘Who is Bruce Kauffman?’ at the beautiful Isabel Bader Centre,” Tilson explained.

The idea is a perfect marriage of two of Kingston’s most celebrated festivals – poet Bruce Kauffman runs the poetry side stage at Skeleton Park Arts Festival annually in June, and the documentary ‘Who is Bruce Kauffman?’ which premieres at the Kingston Canadian Film Festival tonight, both explores and celebrates Kingston’s poetic community through the eyes of a poet.

“We’re making the most of the situation and, really, she’ll probably reach even more people reading her poem at the Kingston Canadian Film Festive at The Isabel.”

Ows will read ‘Sunlight on Ice’ before the ‘Who is Bruce Kauffman?’ premiere tonight, Friday, Mar. 1, 2019, at 8 p.m. Tickets to the event are available here.