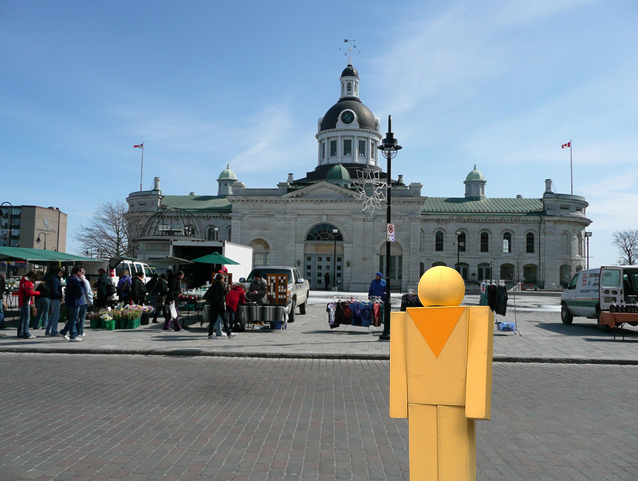 In late July, one of our followers on Twitter broadcast a message regarding the Google Maps vehicle, which was seen driving around the Limestone City.  After we caught wind of the story, we were able to confirm that a few other Kingstonians had also sighted the Google-mobile, which is equipped with an unmistakable roof-mounted camera.  Presently, Google’s highly popular Street View is only available on certain streets in select cities throughout United States, United Kingdom, Australia, Italy and Japan.  Hence I was rather skeptical that Kingston would receive a visit from Google before street-level imagery was made available in Canada’s largest cities, specifically Vancouver, Toronto and Montreal.  After a bit of sleuthing, I was able to verify that Google has been rolling out a massive Street View initiative for all of Canada, with stops in large and modest metropolises including Kingston, Thunder Bay and Saint John.

Street View was launched in May 2007 to allow our users to explore the world through images.  At the time, coverage was limited to just five U.S. cities.

The feature provides users 360° horizontal and 290° vertical panoramic street level views within Google Maps.  Google collects these images using special cameras and equipment that capture and match images to a specific location using GPS devices. Once the images are captured, they are “sewn” together to create a 360° panorama. Faces and license plates are blurred before the panorama images are served and become viewable in Google Maps.

Why should you care that this feature  is being added to Google’s map of Kingston, Ontario?  Street View is a dynamic tool that can be used to facilitate education, business and tourism.  For instance, I’ve never been to the Coloseum in Rome or Time’s Square in New York City, however I’ve driven through them both with Google Street View.  Hence prospective visitors to Kingston will be able to use Street View to plan their vacation as well as to scout out parking and accessibility on a given street.  Classrooms from any continent will be able to explore the former home of Sir John A. MacDonald or simply cruise past Kingston City Hall and a Martello Tower.  Furthermore, there are numerous commercial applications ranging from enhanced real estate listings to improved marketing via Google Maps.

13 thoughts on “Google’s Street View is Coming to Kingston”