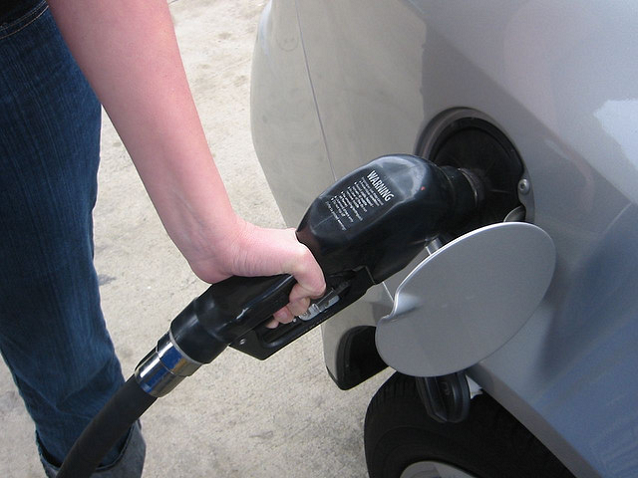 As an automobile owner, I have developed a cunning strategy for getting the most bang for my buck when it comes to fueling up at local gas stations. Basically, my fool proof method involves waiting until the low fuel indicator turns on, and then turning into the first gas station I come across. Some might interpret that as a boderline impulse purchase, but honestly I can’t be bothered to search for what you might call the lowest price, or the best deal when it comes to gasoline. Time is money, and the time I spend driving around aimlessly in my fuel efficient Honda Civic or searching online for a gas station that’s going to save me a total of 11 cents, is quite frankly a tremendous waste. And let’s face it, all of the gas stations in Kingston and any other city for that matter, offer the same product at relatively the same price. How do they do it?

I have often wondered how a gas station owned by ‘company a’ can consistently offer their product within a cent or two of ‘company b’ who operates right across the street. What is more perplexing is how all of the gas stations miraculously increase their prices before the weekend, the holidays or a blizzard. We drivers are quick to blame gas stations, oil companies and the like, but really we only have ourselves to blame for buying and using a car in the first place. Oil companies shift the blame onto supply contraints, seasonal demand, delays at the refinery and even the government tax that’s explained on those colourful pie charts displayed at the pumps. Sure, but let’s not ignore the fact that oil companies reported more record profits last year: Exxon Mobil with $10.7 billion, Chevron with $6.2 billion and ConocoPhillips with $3 billion.

Last week, Canadian Tire, Mr. Gas and Pioneer Energy were fined over $2 million for price fixing in Kingston and Brockville. The Competition Bureau stated that the three competitors:

Agreed among themselves to set the price of gas at the pump between May and November of 2007. The gas retailers or their representatives in these local markets phoned each other and agreed on the price they would charge customers for gasoline.

Unfortunately I’m not shocked when I hear of charges such as this, however I was rather surprised that the three went down without a fight and plead guilty to price fixing. This resulted in approximately $2 million in fines shared amongst Canadian Tire ($900,000), Mr. Gas ($150,000) and Pioneer Energy ($985,000), as well as the burden to educate and train their respective employees regarding the Competition Act over the next 10 years.

Suffice to say that many people, myself included, are going to think twice before filling up with any one of these companies in the future. Not to deminish the fact that they plead guilty, paid a fine and so on, but I can’t help but feel that the punishment could have done some good for consumers. Perhaps a better solution would have been to noticeably reduce the fuel prices at local Canadian Tire, Mr. Gas and Pioneer Energy stations by 25 cents for the next few months. This would not only give back to the people who were dupped back in 2007, but also encourage competiting gas stations to decrease their per litre fuel prices in order to attract and retain business.

While I’m busy dreaming about how a ficticious local price war would play out, please drop off your comments below and share your irate thoughts on the fines, the guilty parties, and price fixing in Kingston. Does the problem go far deeper than just these three companies?

Thanks to futureatlas.com for today’s photo.