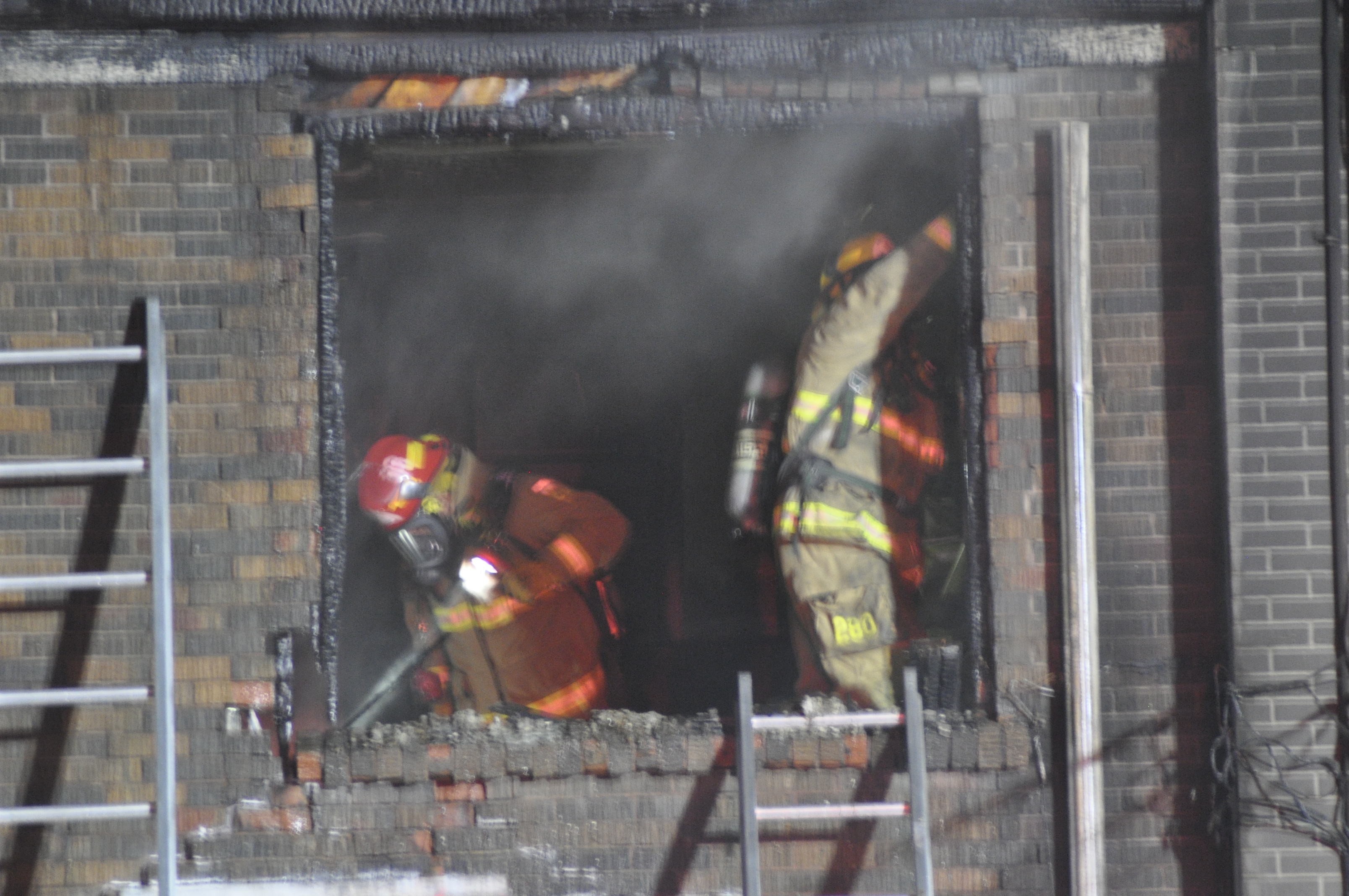 Kingston Police and Kingston Fire & Rescue are continuing to investigate a fire which gutted a commercial building on Princess St on the night of Wednesday, October 3rd.

The building at 1085 Princess St, commonly known as the Sleeth Building and named after its longtime owner, was found engulfed in flames just before 11 p.m.

Several witnesses stated that they had seen three males, two pushing a shopping cart full of personal items and the other riding a bicycle, fleeing from the building shortly after the fire began. They were last observed northbound on Sir John A MacDonald Blvd. Several Kingston Police units, including K9, continued to search the area for the suspects throughout the evening.

The building, which at one time housed Sleeth Refrigeration, Grizzly Gym, Starting Line Hobbies, a tattoo shop and a cash advance store, had been officially vacant since July after its owner decided to sell it, but a tent city had been set up at the back of the property for some time and vagrants had been known to break in to parts of the building several times.

There were no reported injuries in the blaze. Cost estimates of the damage have not yet been determined.

The adjacent property known as the Sleeth Commercial Centre, which is also now vacant and at one time housed Centre Stage Music, was unaffected by the fire.