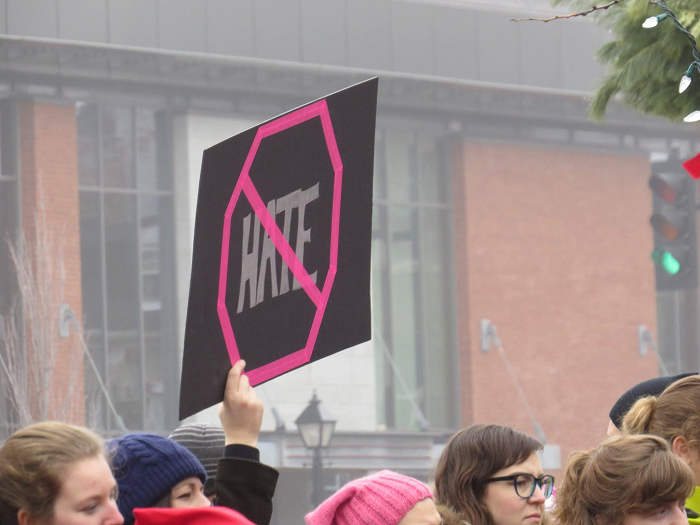 Fight hatred, racism and bigotry. This past weekend was a tragic one as white nationalist and other right-wing groups descended on Charlottesville, Virginia to hold a “Unite the Right” rally. A group of counterprotesters was viciously and horrifically attacked by a vehicle slamming into the crowd, killing 32-year-old Heather Heyer and injuring more than 30 people. No more detail is needed here. You’ve all been hearing and reading the stories, listening to the absolutely sickening response from the so-called President of the United States. Charlottesville is a university town, much like Kingston. It’s quaint and historical – the kind of place where Pleasantville-esque films are shot, and yet this happened there. While we think we are not the kind of country that would follow in these footsteps, there is a real threat of this sort of thing happening in Canada. A rally was being planned for September at The University of Toronto by a white supremacist group, which the university has denounced and rejected, but what is stopping such a thing from happening right here in Kingston? WE ARE. We need to stand up and make sure this never happens here. We need to challenge and call out people who say or do anything that suggests any sort of inequality between us based on our race, creed or colour. This week, we challenge you to let the local police department, Mayor Paterson, city councillors, MP Mark Gerretsen, and Prime Minister Trudeau know that we are dedicated to fighting hate and bigotry, and that any white supremacist or Nazi groups who plan to gather in Kingston, or anywhere in Canada, are not welcome. These groups should be declared terrorist organizations. They should not be given permits or allowed to assemble and they should be criminalized and disbanded. This Saturday, August 19th, a group of Kingstonians are holding an “Anti-Fascist Solidarity Parade” beginning at Market Square at 1pm. Go. Show your solidarity with those affected by Charlottesville and make it loud and clear that Kingstonians will not stand for bigotry and hatred. Tell everyone you know and always, always practice constant vigilance!