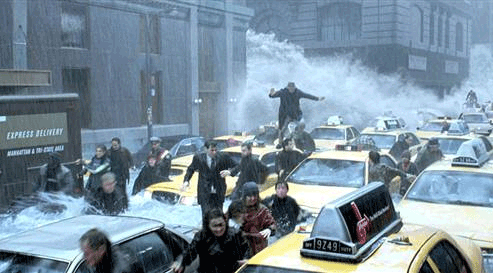 Just before leaving the city in Friday afternoon’s whiteout driving conditions, I took yet another look at the weather forecast. A huge system was just making contact, though in light of my recent prediction of Spring’s imminent arrival, I balked at the prospect that this would be a significant Winter storm. I recall saying, “this one’s going to pass us and really hit those suckers in Ottawa, Montreal and Halifax.” Although all of those cities got their fair share of flurries, my guess was way off the mark as the north shore of the Great Lakes received another blast from Old Man Winter. We are on track to officially break some long standing records.

When it was all said and done, Kingston and the surrounding area was digging out of one to two feet of snow and ice. After snow removal crews finally made it down my street, I got to (re)shovel three feet of frozen boulders that were strategically deposited in front of my driveway. Thanks Mr. Plow! On the flip side, it was a great day for slacking off, which was encouraged by boys in blue who asked drivers not to head out on the roads. I suppose this was because they were busy dealing with 50+ accidents, involving morons who thought they could race like Ricky Bobby in light of the slick conditions.

Like I said, the storm was not all doom and gloom. As schools just started March Break this past Friday, kids have been able to enjoy more tobogganing, skating, skiing and fort building on their time off. Furthermore, I know for a fact that there are people out there who truly love the snow, or rather they get to justify / showoff their shiny new snow blowers.

I want to go on the record and say: Winter is here, and in charge. However it’s only a matter of time before it loses it’s grasp, and all those birds I heard last week will be driving me crazy with their infernal chirping. People with allergies will be sneezing because they can’t handle the pollen, while others living near farms will get the ultimate olfactory treat.