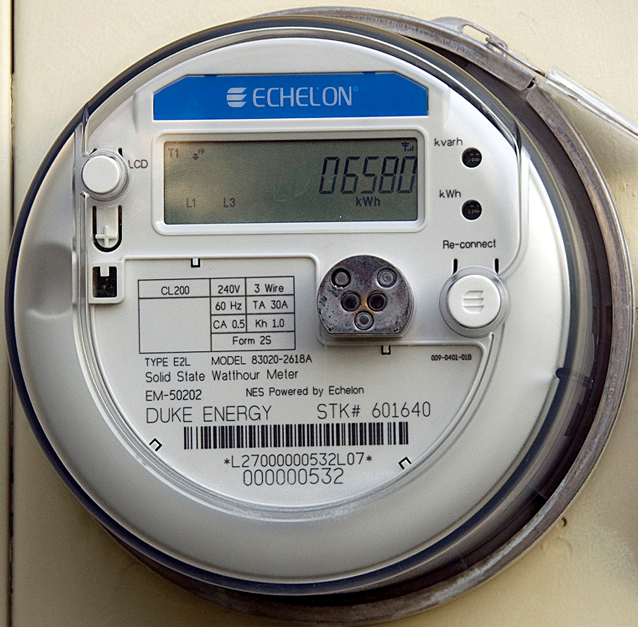 When it comes to improving eco-friendly practises, Kingston has made some modest and forward thinking strides over the past year.  We’ve mentioned the introduction of the organic waste recycling program, ongoing rain barrel initiative, as well as the launch of our neighbouring wind farm, all of which have helped cast the Limestone City in a greener light.  Accordingly, Kingston is tackling environmental issues more seriously, and ambitiously striving to become Canada’s most sustainable city.  While we have a ways to go before the local food movement, LEED building standards, pedestrian friendly days, and rooftop solar arrays become the norm, another significant sustainable change is on the horizon.

The Ontario Government has pledged that by the end of 2010, every home and business in the province will be equipped with a revolutionary smart meter, which is expected to improve energy conservation.  Presently, existing meters have to be read manually, and thus your monthly statement reflects either an estimate or a top-up of your overall consumption.  Smart meters will speed up reporting through continuous, wireless communication of your electricity usage to Utilities Kingston.  In the end, the expectation is that consumers will manage consumption so that it does not coincide with peak times, which are subject to higher billing rates.  As detailed by CBC:

People with smart meters shall be charged a sliding scale of rates based on the time of day power is used. The prices range from a high of 9.3 cents per kWh to a low of 2.9 cents per kWh. It would cost much less to use major appliances after 10 p.m. In the summer, it would make sense to use the air conditioner less during the afternoon. Holding off until the weekend to do laundry would also save money.

The economic and environmental savings provided via the smart grid aren’t enough for some critics who believe that smart meters are too expensive to install, ranging from $250 to $500 per unit, which could result in minimal to zero financial savings.  Furthermore, significant concerns have also been raised about privacy, as the smart system essentially gives unknown entities a window into your home.  Although Utilities Kingston has yet address these concerns, I expect that they’ll be rolling out a limited awareness campaign well before they commence city-wide installation of smart meters.  And in the end, whether you like it or not, by 2011 smart meters will become another feather in Kingston’s sustainable cap.

Will the advent smart meters cause you to get off the grid, or do you welcome the potential savings?  Let us know by dropping off a few comments in the box below.  Thanks and credit to Duke Energy for the photo capturing a smart meter in the wild.