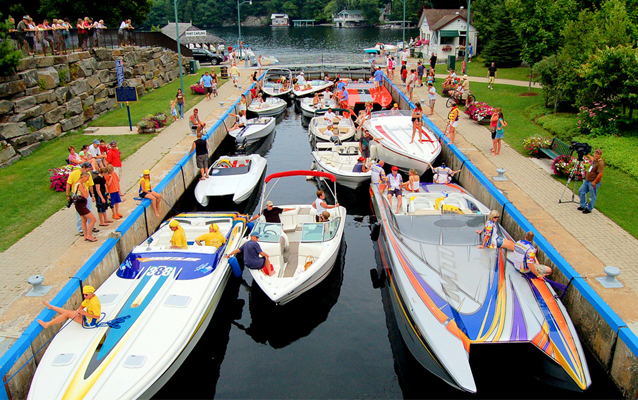 If you were to list the top 10 things to see and do in Kingston during the summer, chances are the Poker Run wouldn’t make the cut. It’s not a question of whether or not this annual event is entertaining, rather there’s only so much excitement one can expect when watching speeding boats roar in and out of the harbour all day long. If you’re the type who can tolerate the gas guzzling exhibition that is Nascar, then the Poker Run is likely right up your alley. For the rest of us, not so much.  While I’ve enjoyed a stroll down along Ontario Street to lay eyes on the massive marine machines on display, I’m far from a fan or supporter of this event.  That said, the future of Kingston’s involvement in the Thousand Islands Poker run won’t come down to the event’s popularity or lack thereof, instead it comes down to dollars and green sense.

What should Kingston do about the Poker Run?

Proponents of the Poker Run argue that the event injects over $1 million into the local economy.  However it’s impossible to back up that claim, as we can’t accurately measure who spends what, and whether or not they even came to Kingston as a result of the Poker Run.  If the Limestone City were to move beyond the Poker Run, some other event would eventually move in to attract a new crowd to the city, while hotels, restaurants and cash registers would prosper.  While the Kingston Environmental Advisory Forum concluded that the environmental degradation of this event could be neutralized by carbon credits, the optics of Canada’s most sustainable city accommodating a 3-day long pollutions spewing spectacle just doesn’t add up.

Thanks to Jim Crocker for today’s photo of a few speed boats heading from Lake Rosseau to Lake Muskoka through the locks at Port Carling.

21 thoughts on “The Future of the Poker Run in Kingston”