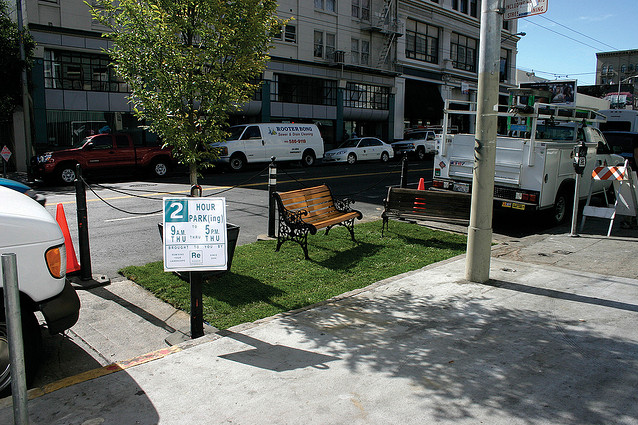 The City of Kingston, alongside residents of the Sydenham Ward, are preparing for the launch of a new pilot program on October 1st, which aims to establish updated rules for on-street parking in this bustling downtown district.  The proposal will set aside as much as 15% of on-street parking spaces for casual users, while the remaining allotment will be split between residents of the ward and regular commuters, who will now be required to purchase monthly passes.  When City Council announced the pilot project last Summer, we canvassed our readers and discovered that an overwhelming majority supported the concept.  Some commented that the new expenses were a natural extension of the responsibilities of car ownership, although others contested that taxing on-street parking would not achieve the desired intent.  While the jury remains out on whether or not the pilot project will succeed or even be expanded to other high demand areas in Kingston, suffice it to say, when it comes to parking we’re all circling the block with our own unique ideas regarding how things could be improved.

Back in 2005, I stumbled across an inspiring parking-related initiative that originated out of San Francisco.  A small art and design studio in the city by the bay had converted a single, metered parking space into a temporary public greenspace in the city’s downtown.  With only a few rolls of sod, a park bench and some curious passers-by, Park(ing) Day was born.  The inaugural pop-up park existed for only two hours; the time limit of the parking space selected for the project.   Word and images of this small scale art installation spread like wild fire online.  7 years later, over 160 cities have adopted their own version of Park(ing) Day, including Canadian participants: Vancouver, Toronto, Ottawa and London.  What if Kingston participated in Park(ing) Day?

Some may argue that the Limestone City is generously adorned with public greenspaces, parks and trails, and therefore we don’t have a lot to gain from taking part in Park(ing) Day.  The primary goal for many communities who participate in Park(ing) Day is to explore alternative strategies for civic spaces that are currently devoted to car culture.  Since its inception, the project has evolved from supplying citizens with greenspaces to accommodating truly local needs via political seminars, cooking demonstrations, agricultural and DIY workshops, reading lounges, free health clinics, art installations and more. The founders of Park(ing) Day acknowledge that:

…this is the true power of the open-source model: organizers identify specific community needs and values and use the event to draw attention to issues that are important to their local public—everything from experimentation and play to acts of generosity and kindness, to political issues such as water rights, labor equity, health care and marriage equality. All of these interventions, irrespective of where they fall on the political spectrum, support the original vision of Park(ing) Day: to challenge existing notions of public urban space and empower people to help redefine space to suit specific community needs.

With Park(ing) Day 2013 scheduled for Friday, September 20th, I’m excited to see what creative ideas this year’s crop of cities will come up with.  While Kingston is visibly absent from this year’s roster of participants, the local emergence of de-paving initiatives, the Princess Street Promenade, as well as discussions here regarding bike sharing, new pedestrianism and eco-grazing, leave me optimistic that a brave Kingstonian may soon get the itch to explore and re-imagine the possibilities of the urban landscape.  What would you like to see in terms of Kingston’s participation in Park(ing) day 2014?

Thanks to Rebar Art and Design Studio for the photo of the first Park(ing) Day accompanying today’s post.