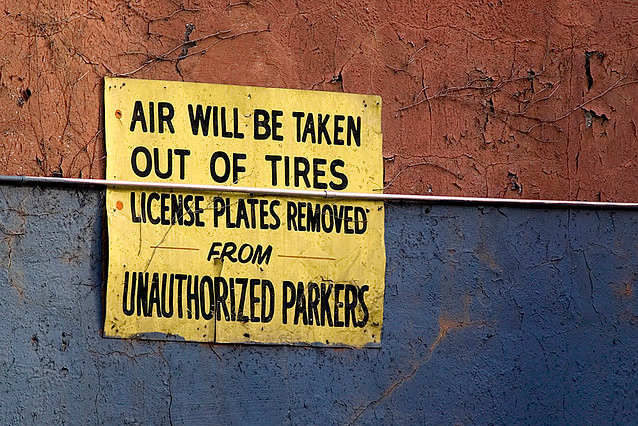 The availability, or lack thereof, of parking in and around the downtown core is a constant sore spot for local residents, shoppers and event-goers. In recent years, we’ve been increasingly circling the block in search of that perfect parking spot thanks to the implementation of the pay and display permit system, new time of day parking restrictions, higher rates and an erosion of previously available on-street spaces.   Regarding the latter, a new proposal that could be implemented as early as this Fall would take restrictions one step further by requiring residents and commuters to purchase monthly permits in order to utilize on-street parking in the Sydenham Ward.  The contentious plan would set aside 15% of on-street parking spaces to casual users, while the remaining allotment would be split between residents of the ward ($30/month), and regular commuters ($68/month).  The distribution of passes and their costs is geared towards encouraging more Kingstonians to utilize public transportation. As expected, the plan has local residents up in arms as it fundamentally changes their ability to rely on parking spaces in front of and around their respective homes, Queen’s University and the city’s two hospitals.  Accordingly, this week’s poll asks:

Are you in favour changes to on-street parking in the Sydenham Ward?

In his article titled “Six reasons free parking is the dumbest thing you didn’t know you were subsidizing“, Christopher Mims offers the following justification as to why cities must consider fiercely overhauling antiquated on-street parking strategies:

As a resident of King’s ward, which gets congested each and every time the doors to the K-Rock Centre open, or the city closes down Princess Street for a festival or parade, I’ve witnessed firsthand the lengths commuters will go to save a buck and park for free on downtown side streets.  On occasion we’ve had concert-goers towed from our private parking spot, and had elderly dinner guests park blocks away due to a lack of on-street parking.  With the advent of the pilot project in Sydenham ward, I can’t help but wonder if free on-street parking in our downtown neighbourhood could also be facing extinction.  While the added revenue is certainly something we could benefit from, is the magnitude really enough to make a dent that tax payers will notice?  Furthermore, how will these sorts of restrictions affect shoppers flocking to a downtown that is increasingly riddled with store closures, and competition from big box stores who offer free parking as far as the eye can see?  Drop off your thoughts on this pilot program, and parking downtown with a comment below.

Thanks to Timothy Vogel for today’s photo, which offers a possible glimpse of the future of parking signs in the Limestone City.

12 thoughts on “A Farewell to Free Parking in Kingston”