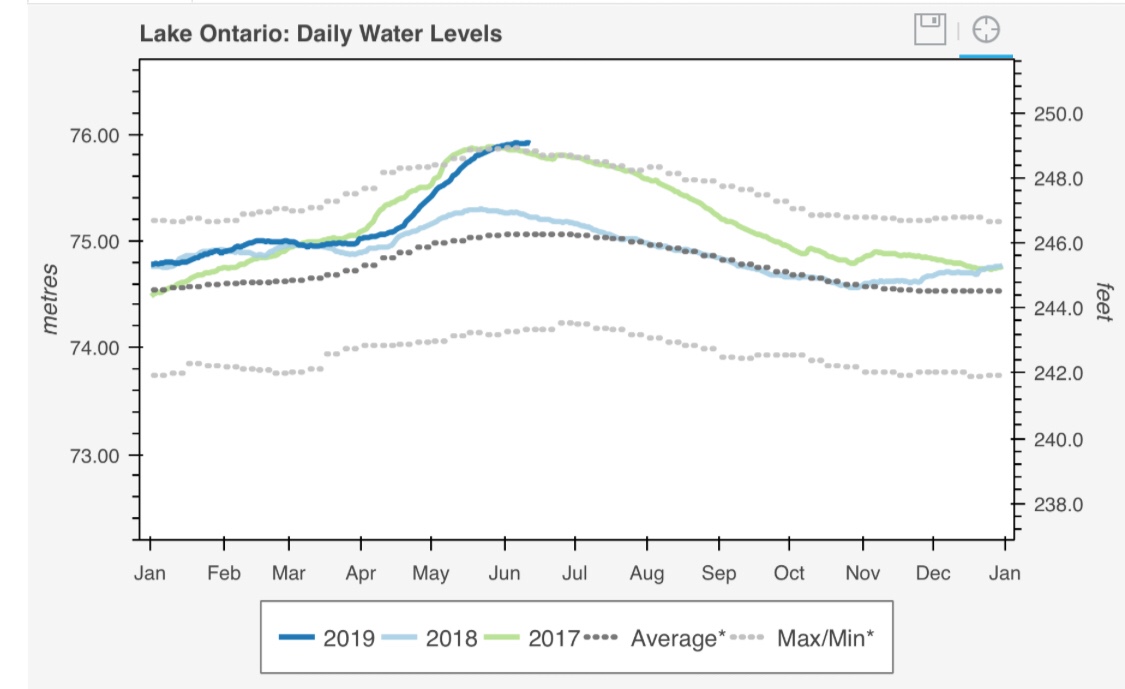 According to the International Joint Commission, Lake Ontario has reached a record 75.90 m (249.02 ft), exceeding the previous record peak of 75.88 m (248.95 ft), which was set in 2017. The Commission says Lake Ontario water levels will continue rising gradually over the month of June, but is expected to reach this year’s peak within a few weeks.

The Commission says that the amount of additional rise will be driven mainly by how much precipitation falls across the basin, with an additional 2 to 8 cm (0.8 to 3.1 inches) forecast under the most likely scenarios.

Periods of localized, higher levels are possible during storms and wind events, a number of which have been observed recently.

Outflows from Lake Ontario, intended to slow water levels from rising, continue to be increased as rapidly as conditions allow.  Ottawa River flows have been declining slowly, but remain very high.  The Ottawa River discharges into the St. Lawrence River and combines with the water released from Lake Ontario near Montreal. This is causing high levels in the lower St. Lawrence River, where many areas have been flooded since April.