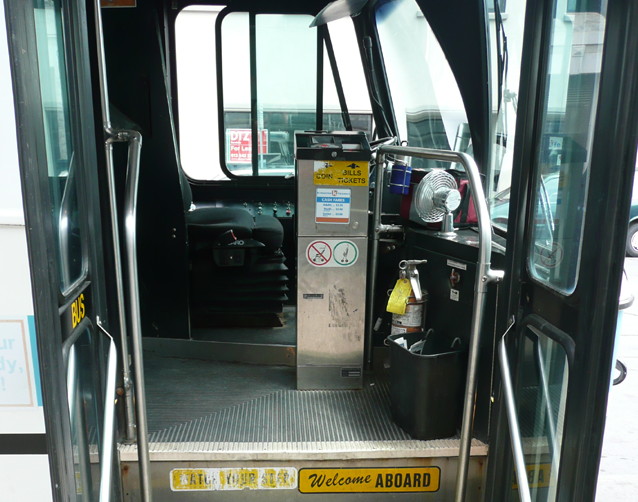 In 2004 the City of Kingston released the Transportation Master Plan, which outlined current ridership trends and attempted to forecast the transportation needs of Kingstonians in the year 2026.  Since the document makes zero reference to hover cars, personal jetpacks and tele-commuting, it’s clearly lacking in the realistic expectations department.  That said, notable highlights from the conceptual transit network of 2026 include park’ n ride stations, service to rural areas, a third crossing, and so forth. It also infers that there will be an increased demand for public transportation, which got me thinking about the current state of public transit in Kingston. Accordingly this week’s poll asks:

What would it take for you to become a regular Kingston Transit user?

I do not ride Kingston Transit, and in the decade I’ve lived in this city I can count on one hand the number of times I’ve actually taken a city bus.  As someone who is fond of public transportation, that seems a bit odd.  For me, it’s more habit than anything else, as I’m used to walking most days. Even in the dead of winter, I would rather trudge through 3 feet of snow on my way to work, than have to transfer from one bus to another, and arrive late to the office. My boss kind of likes it when I show up on time, and from what I hear from friends who regularly struggle with Kingston Transit, they’re not always on time.  It might seem great for a bus to show up early at a given stop, but when people are relying on transpo being at a certain place at a certain time, commuter chaos ensues. If I could rely on the bus being on time, I would be more apt to take it, but otherwise for longer trips I’ll use the car so long as gas prices aren’t prohibitive.

What’s you’re reason for not taking the bus? What should the city do to improve things before hover cars become a reality? Drop off some comments below.
Share
Tweet
0 Shares