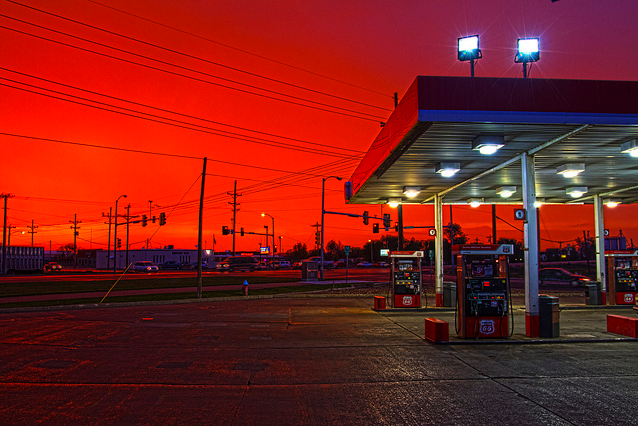 With the long weekend fast approaching, many of us are looking forward to partaking in local Canada Day traditions including the Red and White Parade and fireworks display over Confederation Basin, while new attractions including the Flight of the Royal George, a War of 1812 bicentennial event, are all the more reason for folks to opt for a staycation. For those who will be venturing out on the road to visit friends, family and cottage country, it appears as though one of the less desirable holiday weekend traditions, that of being seriously gouged at the gas station, is not likely to occur. This news is linked to a Statistics Canada report released last week, which stated that gas prices have dropped 2.3 percent since this time last year, while this has resulted in a 1.2 percent decline in the inflation rate; the lowest we’ve seen since June 2010. The average price at pumps throughout the Limestone City is currently (as of 24 June) $1.169 per litre, which is 6 cents lower than the provincial average and at least 8 cents lower than the national average. In contrast to this time last year, we were paying as much as $1.30 per litre. Dusting off our old crystal balls, this week’s poll question asks:

How much will we pay at the pumps for Canada Day 2012?

Predicting gas prices is bit like forecasting the weather, which is to say that we’re rarely accurate and will begrudgingly endure whatever  comes our way. The silver lining with the current cost of gasoline extends far beyond the specific price of fuel for commuters, as transportation expenses impact everything from groceries to retail. Sure the prospect of saving a few bucks at the pump is welcomed relief for many of us, especially with all the price fixing we’ve experienced, but the potential spin offs of lower fuel costs are far more important. Cheaper gas likely won’t inspire more of us to hit the road anytime soon, but those pennies saved quickly add up. They can be the difference maker when a family is determining which activities they can afford, and which ones will have to wait for another day.

Do lower fuel prices influence your decision to hit the road on holiday weekends, or would you travel regardless of the price? Which activities do lower fuel costs put in your reach, and conversely, when costs are high what are some things you’ve had to do without?  Better yet, how low do you think the price of fuel will get by the time the Civic holiday gets here in August?

Thanks to Kansas Poetry for the photo associated with today’s post.

2 thoughts on “Gas Prices, How Low Will They Go for Kingston?”