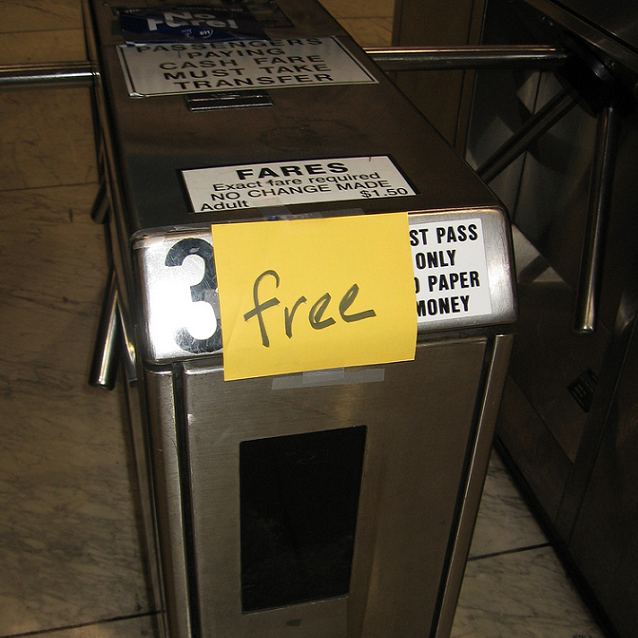 Over the past few months we’ve watched numerous developments take shape such as bike lanes and the Montreal Street Park and Ride, while we’ve also learned of priority projects including long overdue lane extensions and the third crossing. While these initiatives are similar as they relate to how we move about the Limestone City, they’re also on different ends of the spectrum. By nature of their design, park and rides are meant to increase uptake of public transit and decrease the number of single serving automobiles on the road. Conversely, while lane extensions are justified by the necessity to alleviate congestion in certain areas, they potentially pave the way for more traffic and even more emissions.  If you put any stock into Statistics Canada’s report on greenhouse gas emissions that placed Kingston far above the per capita rates of all other metropolitan areas, perhaps we need to tame development in favour of automobiles.

Kingston’s alleged addiction to automobiles does not sit well with many, especially when considered next to our goal to become Canada’s most sustainable city.  Sure we’ve got our green bin program, taken steps to expanded our plastic recycling, and are able to bask in the reflected glory of the Wolfe Island wind farm, but we’ve got a long ways to go.  What initiatives should we be considering to help swing the pendulum in favour of mass transit and other alternative means of transportation?  What if Kingston offered free public transit?

There are approximately 30 international cities throughout the world who offer some form of free public transportation, while some limit the sweet deal to certain routes, districts or times of day, others offer free, year-round access to their taxpayer funded transit systems.  American cities such as Vero Beach, Florida (population 140,000) and Hawaii County, Hawaii (population 175,000) have developed free mass transit systems, and given their comparable population sizes, they serve as positive test cases for how a gratis transit scheme could work in Kingston.

Murcia started its car-free campaign by demonstrating one of the main disadvantages of owning a car: you have to have a place to park it. Using humour to drive the point home, the City set up a series of cars parked in impossible places around town, such as atop other cars.

Do you think many Kingstonian’s would relinquish their automobiles in favour of a free, lifetime public transit pass?  Would taxpayer funds be better spent on offering free transit service rather than spent on lane expansions and third crossings?  Not only do I think the answer to both of those questions is yes, but I believe the positive ramifications would stretch beyond curing traffic congestion and greenhouse gases, as the result could include more bike lanes, business opportunities for car sharing, and increased levels of personal fitness.  By leading the way and becoming the first Canadian city to adopt a free transit system, Kingston could set itself apart from other sustainable wannabes and reap the benefits.

Special thanks to skew-t for today’s photo.

9 thoughts on “What if Kingston…”