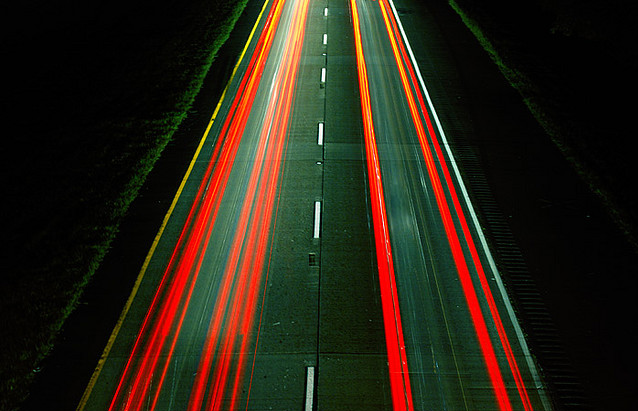 As a result of some recent home renovation projects, I’ve been doing a bit more commuting between our downtown and the west end, which is home to multiple DIY big box suppliers. My travels have been painfully slow at times thanks in part to construction on Bath Road, as well as drivers who insist on rushing the intersection just as the light turns amber. Many have remarked that Kingston’s traffic situation does not get much worse than John Counter Boulevard at rush hour, however even the Limestone City’s most frustrating commuter crawl is better than your average day running the roads in Ottawa, Toronto and various other Canadian cities. While Kingston is trying to coax people out of single serving vehicles by beefing up bus routes and schedules, as well as creating new park and rides, bike lanes and sharrows, is there really any relief in sight? Accordingly, this week’s poll asks:

Should Kingston consider building an express or parkway?

Consider for a moment Toronto’s Don Valley Parkway, with a total distance of 15km and a speed limit of 90km/hour, which connects the 401 and 404 to downtown Toronto and all parts in between. Further, in Hamilton the Lincoln M. Alexander Parkway spans approximately 11km, connecting the 403 to newer development atop the escarpment as well the inner city Red Hill Valley Parkway. Now imagine if you will a commute that involved transitioning from the 401 onto a high speed thoroughfare such as Sir John A. Boulevard, with the ability to take you south faster than ever before.  While it seems counterproductive to consider building new, faster routes from point a and b to reduce commute times and congestion, perhaps this is something worth investigating. Where would you propose locating such a thoroughfare? Would you transform a preexisting street into a 90km/hour parkway, or is building an elevated inner-city expressway a better option? What about connecting a fast lane to the Third Crossing? Please drop off your ideas and commuter stories below.

Thanks to bmitchellw for today’s photo.

6 thoughts on “Expressways and Parkways in Kingston”