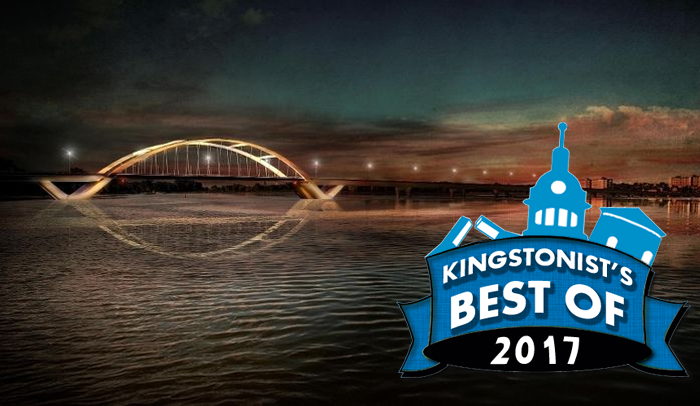 In April, the city revealed the preliminary design and business plan for the much discussed third crossing that would connect the east and west banks of the Cataraqui River. The plan, which projects a $60 million dollar cost to taxpayers, was met with the usual split reaction from Kingstonians. The plan relies on both the provincial and federal governments to kick in an additional $60 million each and accounts for the inflation that would be in play by the time of construction in 2019.

Those opposed to the crossing cite cost, need and environmental impact as their main motivators. As with most government run projects of this magnitude, there is always the potential of the price rising during construction. In addition, many feel there aren’t enough desirable destinations on the east side to justify the bridge, making the environmental impact not worth it. Advocates, on the other hand, are tired of long lines at the causeway and, as we have seen especially of late, the causeway just hasn’t been reliable, leaving commuters stuck on one side or the other. An accident on the 401 can lead to traffic jams of massive proportions, not to mention the impact of the bridge just straight up getting stuck, resulting a complete halt to traffic. It’s a very strong and very real source of stress and annoyance for people who rely on crossing the river to get to work, school and to run other errands.

Read on and see why the original article discussing the $180 Million (estimated) price tag for the Third Crossing is one of our Best of 2017.