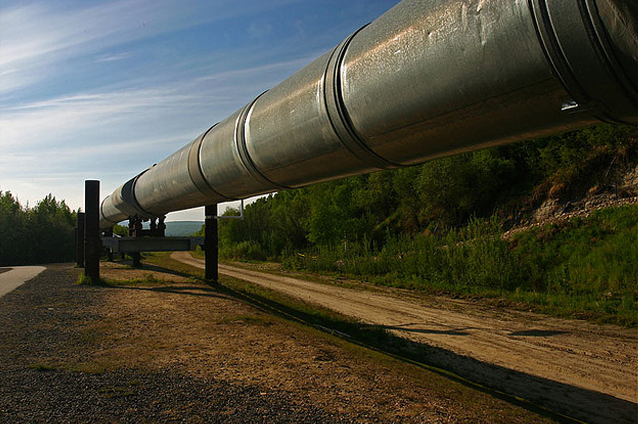 Kingston’s City Council Meetings are no stranger to corporate suitors and special interest groups looking to gain support for noble and lucrative causes alike. The conga line of aspiring something or others that have graced council with their presence include prospective managers of the K-Rock Centre, both pro- and anti-casino coalitions, and most recently, Enbridge Inc.  These darlings of the Alberta tar sands project sent half a dozen representatives to the January 22nd council meeting to outline the company’s plan to reverse the flow of a 40 year old oil pipeline, which currently transports imported crude from Montreal to refineries in Sarnia.  Line 9‘s local path travels underneath sensitive environmental areas including the Rideau Canal, parcels of land safeguarded by Cataraqui Regional Conservation Authority, as well as rural Kingston.  The reason Enbridge wants to reverse the flow is as controversial as their environmental record, as the directional change would permit the corporate oil giant to transport even more dirty bitumen from Alberta’s tar sands.

Do you support the reservsal of Line 9?

Before we travel too much further down line 9, it’s important to realize that Enbridge’s visit with Kingston City Council was more of a courtesy call than them asking for permission.  Permission is ultimately granted by the National Energy Board, who has already received Enbridge’s application to reverse the flow.  So this may already be a fait accompli. Representatives from Enbridge did their darnedest to reassure Councilors that safety protocols are in place, such as thicker pipes with stronger reinforcement, downplaying any environmental concerns.  When challenged by Councillors who brought up Enbridge’s lack luster environmental record, the reps reiterated that line 9 is safe, regardless of which direction it’s flowing, or what they’re pumping through it.

Following the 2010 spill that leaked over one million gallons of bitumen into the Kalamazoo River, Enbridge is reportedly way behind on clean up efforts.  Therefore, in the event something goes terribly wrong with line 9 near Kingston, the only thing we can realistically be guaranteed is that there would be permanent environmental damage.  Conversely, even if line 9 is as safe as the company claims, what are your thoughts on it playing a part in “accelerating the catastrophic impacts of climate change“?

Thanks and photo credit to rickz.

10 thoughts on “Crude Awakening for Line 9”