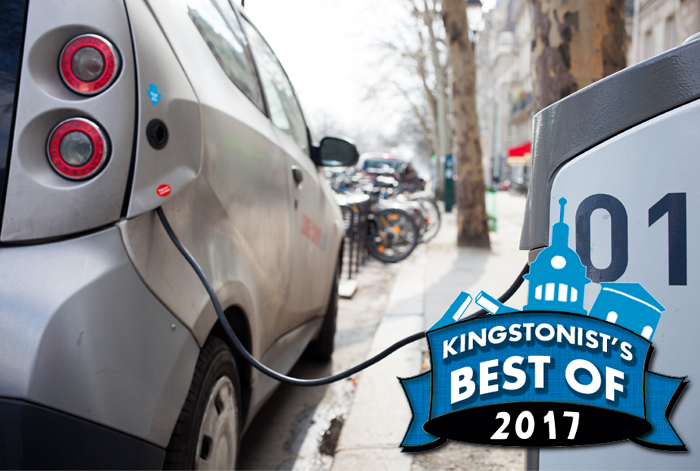 A few years ago, the City of Kingston embarked on a journey to become, quote: Canada’s Most Sustainable City.  What a joke it was.  Granted we adopted organic recycling, built a few bike lanes, limited households to one bag of garbage per week, and upgraded street lights to the LED saving variety.  However, in reality we did what most other progressive cities are doing, so in that respect we hardly deserve nor have we earned the lofty title of being “the most sustainable”.

The City’s latest sustainable endeavour is the adoption of electric car charging stations, which comes with a whopping $796,000 price tag.  While I’m all for clean energy and creating the conditions to support green transportation, I also have a hard time coming to terms with the City spending tax dollars on something that commercial enterprises should have the lead on.  It’s hard to fault the city from taking a leadership role, but the cost to do so continues to churn the stomachs of tax payers who wonder when will the spending end?

Read on and see why the original article regarding the city’s funding of electric car charging stations is one of our Best of 2017.