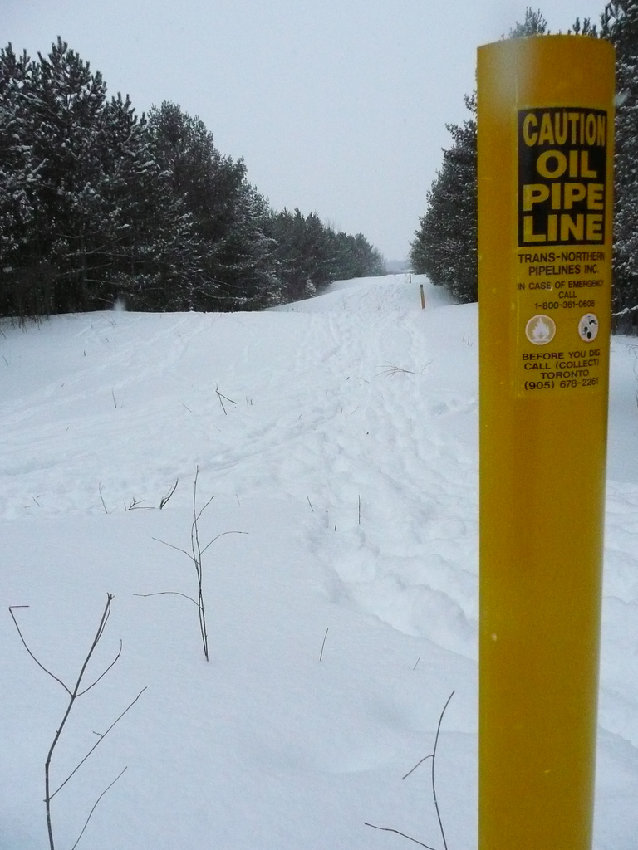 The reversal of Enbridge‘s Line 9 has been a point of contention since it was originally termed the “Trail Breaker” project in 2011.  The aging oil pipeline runs through some of the most densely populated parts of Canada, shipping conventional oil across Ontario and Québec.  Originally flowing eastward, Line 9 was reversed in 1998 as foreign oil became more affordable.  Western Canadian oil has now reached an even lower cost, and as a result, Enbridge now wants to reverse the flow of the pipeline once again to ship heavy crude oil east from the Alberta Tar Sands – something the 38-year-old pipe was not designed to handle.  The reversal and re-designation of Line 9 holds many risks for the environment and the health of communities along the pipeline’s route.

But Line 9 is not the only oil related environmental and health threat in Canada.  In the west, Kinder Morgan and Enbridge’s Northern Gateway are proposing to construct pipelines to British Columbia’s West Coast, which would require four times as many oil tankers to sail though BC’s waters.  To the south, TransCanada is lobbying to complete the Keystone XL Pipeline which will work its way south through the middle of the United States, cutting through densely populated communities and countless water sources including the Ogallala Aquifer.

In Kingston, the expansion of Line 9 cuts though the Cataraqui River, the Rideau Canal and portions of land currently protected by the Cataraqui Regional Conservation Authority.  A burst in the line could result in tragic consequences much like those experienced in the pipeline disaster in Michigan’s Kalamazoo River in 2010.

Kingstonians have shown strong opposition to the expansion and reversal of Line 9 as can be seen here, here and here.  Defend Our Climate, Defend Our Communities is a nationwide grassroots organized day of action which will take place in major centers across Canada this Saturday, November 16th.  Coordinated by dozens of organizations and hundreds of individuals, the movement intends to show the Canadian government that ordinary citizens care about what happens to their environment and in their communities.

The Kingston rally will take place at 303 Bagot Street between Princess and Queen, outside the office headquarters of Kingston MP Ted Hsu at 1pm.  The rally will begin with remarks from First Nations people and will include drumming, banners, photos and songs.