Home
News
Environment
What if Kingston… 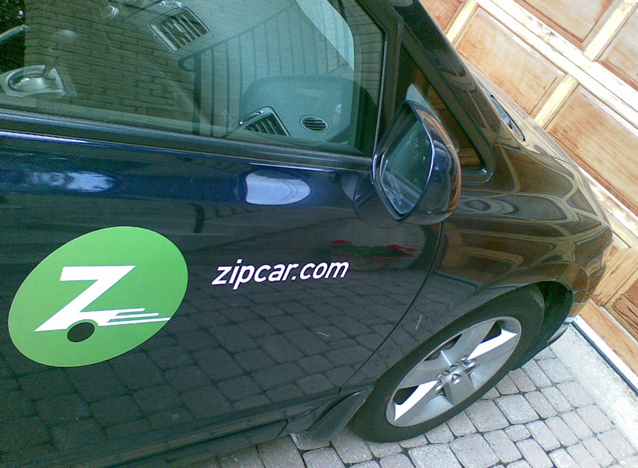 Kingston is a city like many others in that its geographical boundary has expanded over the past few decades.  New development in low density residential areas has pushed folks who live, work and play in Kingston away from the core, while this has increased our dependence on automobiles.  Although some Kingstonians carpool or take the bus, for the most part, these modes of transportation are not convenient when you’re juggling tight schedules, which force you to hop all over the city.  Given the current transportation scheme in Kingston, cars are a necessity for most of us, but what if there was an alternative for occasional, and infrequent automobile users?  What if Kingston adopted a car sharing program?

For those who may be unfamiliar with the car sharing model, it is best described as short term automobile rental.  Whether you need a car for 4 days or only an hour, car sharing services and co-ops offer affordable rates, without the maintenance hassles or full costs of car ownership.  From ZipCar to AutoShare and VirtuCar, most of these services operate with dozens of convenient satellite stations throughout a given city.  Otherwise, last minute requirements for an automobile are easily accommodated by online and phone reservation systems.  Some of the bigger players also have iPhone apps, which permit users to easily book and locate the most convenient vehicle pick up/drop off station.

The convenience and awesomeness doesn’t end there.  Insurance costs are included in the hourly rate, and when it comes to fueling up your shared vehicle, most services provide you with a pre-paid gas card.  Okay, you do have to pay for gas eventually, but that doesn’t happen until you get your invoice. More importantly, operators such as ZipCar have fleets of hybrid vehicles, which helps put conscientious users’ minds at ease when weighing the environmental side of automotive transportation.  Spokesperson Lesley Neadel provides additional insight into the environmental and financial benefits of ZipCar:

Each ZipCar member consumes approximately 220 gallons of gasoline less than when they owned their own vehicle, resulting in significant oil conservation. At current membership levels, ZipCar will save 16 million gallons of gasoline and 150 million pounds of CO2 annually.  Sixty-five percent of our 250,000 members tell us that joining ZipCar led them to either give up a car, or halt/change a purchasing decision.

Considering Kingston’s desire to become Canada’s most sustainable city, I believe that a car sharing service would be a good fit here.  Encouraging people to share rather than buy a car has many benefits, which includes less congestion during rush hour, fewer vehicles vying for limited parking spaces, as well as improved air quality.  As someone who couldn’t afford a vehicle until well after graduating university, there are likely many debt-ridden 20-somethings who would take advantage of this.  Looking forward, our household will likely have to purchase a second car down the road, however a car sharing service could save my future family more than money.

Thanks to Andrew Currie for today’s car sharing photo.