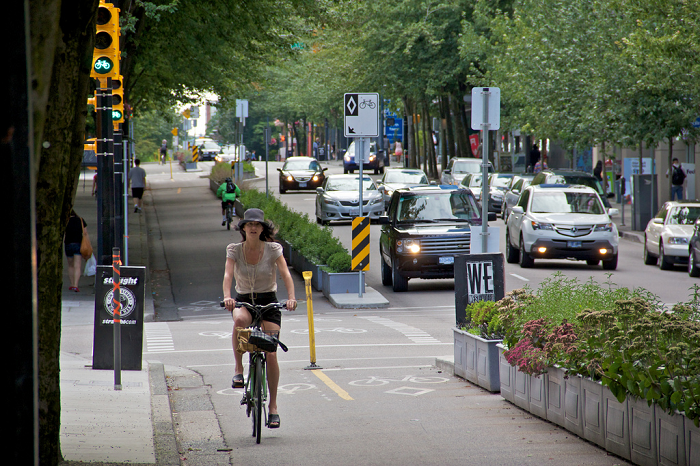 The City of Kingston has been working hard to reach specific sustainability goals over the last decade. Many of the actions taken to get us there have involved making changes to make Kingston a more bike friendly city. In the last few years, we have seen the addition of new bike lanes in various parts of the city as well as sharrows and signs reminding us to share the road. The next big bike related project is the construction of a 2.1 km asphalt bikeway in the right-of-way along Bath Road from Collins Creek to Coverdale Drive that will connect two sections of the Waterfront Trail. While we can all agree that the changes haven’t been perfect, Kingston had been recognized for its efforts. In 2012 we won the Bike-Friendly Community Bronze recognition from the Share the Road Cycling Coalition for investing in cycling infrastructure, and we have consistently ranked high in the friendly competition that is The Commuter Challenge.

All this being said, we still have a ways to go when it comes to compatibility between drivers and cyclists. Some drivers still need to understand some of the rules that are necessary in an old city such as ours where narrow roads and existing infrastructure require sharrows, which indicate that no one should pass in these areas. There are still a number of drivers who park or pull over into bike lanes as well, forcing cyclists to dodge around them. Some cyclists on the other hand could stand to be reminded that they should ride on the right hand side of the road and follow other basic rules such as going the correct way down a one way street, not riding on the sidewalk, signaling turns and wearing a light at night. 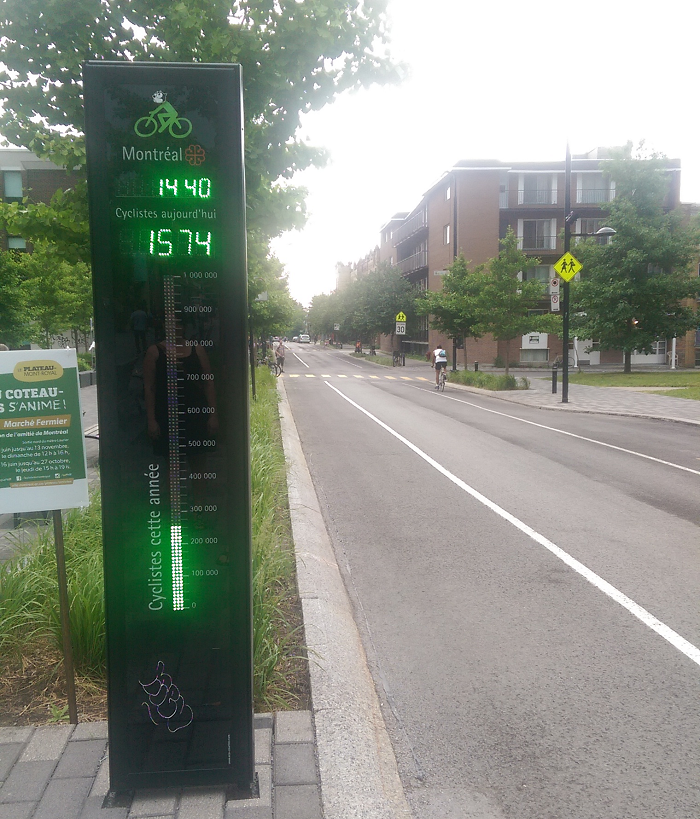 After recent visits to both Ottawa and Montreal, I couldn’t help but be impressed by the work these older cities have done to help cyclists and drivers live in harmony. Dedicated bike paths and separated bike lanes give cyclists a sense of real security. These lanes and the wide coverage of Bixi bikes throughout the city encourage people to ride more often. Montreal goes so far as to keep count of how many cyclists go by daily in some areas. I was amazed to see that by 2:40pm over 1500 bikes had passed this counter, and over 200,000 so far this year.

There is also the new law requiring drivers to keep a meter between themselves and a cyclist when passing. This idea has been met with some contention but is certainly opening up the conversation about bike safety.

Knowing that we still have room for improvement, this week’s poll asks:

What does Kingston need to do to continue on its path to being bike friendly?

So, what do you think? Are we doing a good enough job in Kingston? What other things could we be doing to make our city more bike friendly? Are you a driver, a cyclist or both? We’d love to hear your thoughts and experiences.

Thanks to Paul Krueger for today’s photo.

2 thoughts on “Pedaling Towards a Bike Friendly Kingston”