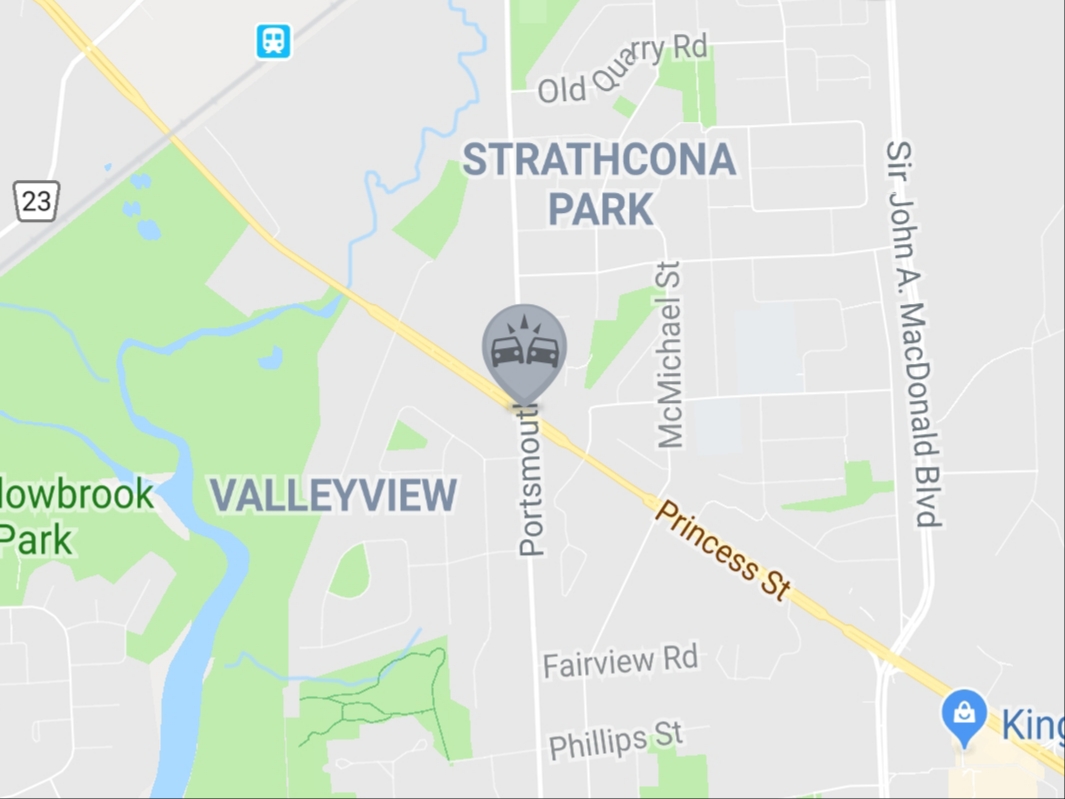 The severe nature of the collision prompted Frontenac Paramedics to respond with four crews and a superintendent while Kingston Fire & Rescue responded with two pumper trucks. Frontenac Paramedics say they treated seven teenaged patients at the scene and transported five of them to hospital. One of those occupants sustained life-threatening injuries, while the other four were taken to hospital with serioisnon-life threatening injuries.

Kingston Police were on scene and Princess St was closed between John Counter Blvd and Portsmouth Ave until about 11:45 a.m. for collision reconstruction and investigation.