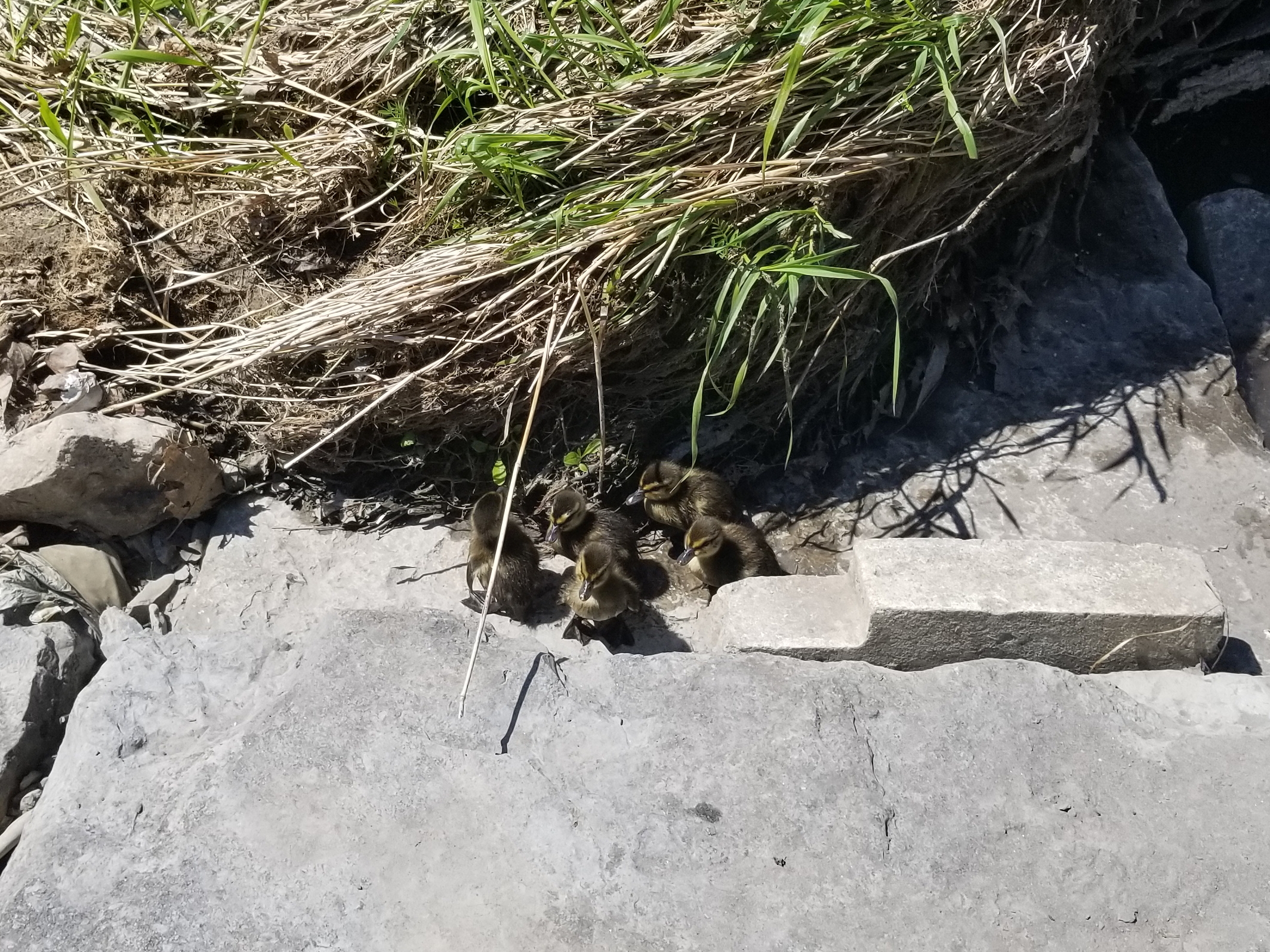 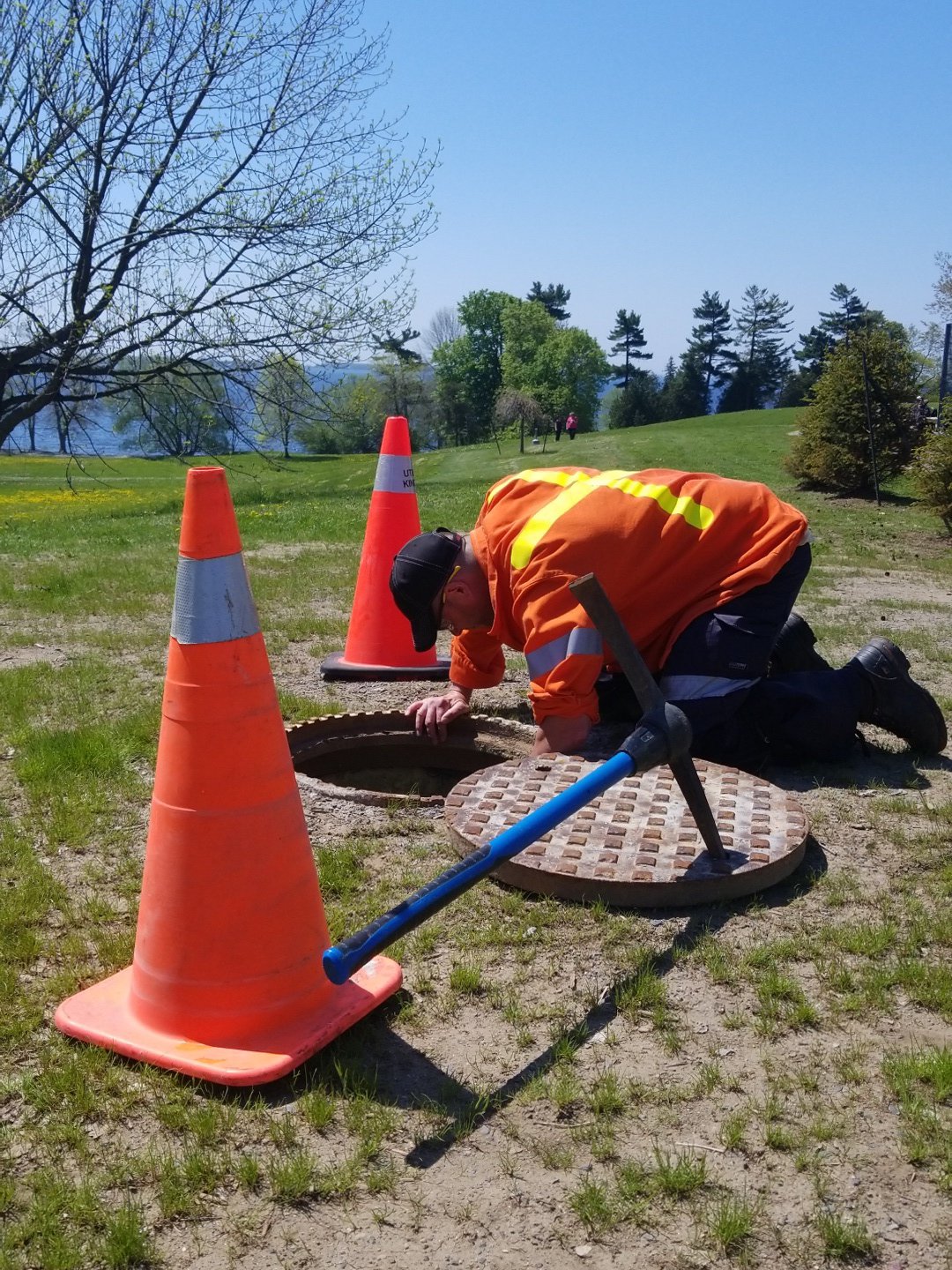 The efforts of Utilities Kingston workers and representatives from the Ministry of Natural Resources and Forestry (MNR) have resulted in the rescue and return of a brood of mallard ducklings safely to their mother.
At about 10:30 a.m. on Thursday, May 24, 2018, Utilities Kingston workers responded to reports of ducklings trapped in a sewer at Providence Care Hospital. The ducklings are believed to have fallen through a grate, and ended up stuck at the bottom of the sewer, which was at least eight feet below ground level.
Under the watchful eye of the mother mallard, Utilities Kingston workers determined the best method to free the tiny waterfowl would be to gently flush the ducklings to a more shallow area of the sewer with water. The workers left the scene briefly and returned with hoses and a water truck.
Meanwhile, MNR workers arrived at Providence Care Hospital, identified the ducks as mallards, and proceeded to play pre-recorded mother mallard calls in an attempt to lure the ducklings to a more shallow area of the sewer. The ducklings moved towards the sound but remained out of reach of rescuers. Utilities Kingston workers then moved forward with the attempt to gently flush the brood to safety with water.
One by one, the ducklings emerged from the shallow area of the sewer and were returned to the care of their mother, who will undoubtedly be avoiding sewer grates for the foreseeable future. The combined efforts of Utilities Kingston and MNR workers, along with the support of those at Providence Care Hospital, resulted in the reunion of mother and brood in just over an hour. Providence Care facilities staff plan to cover the grates with meshing to present a similar incident from happening again.