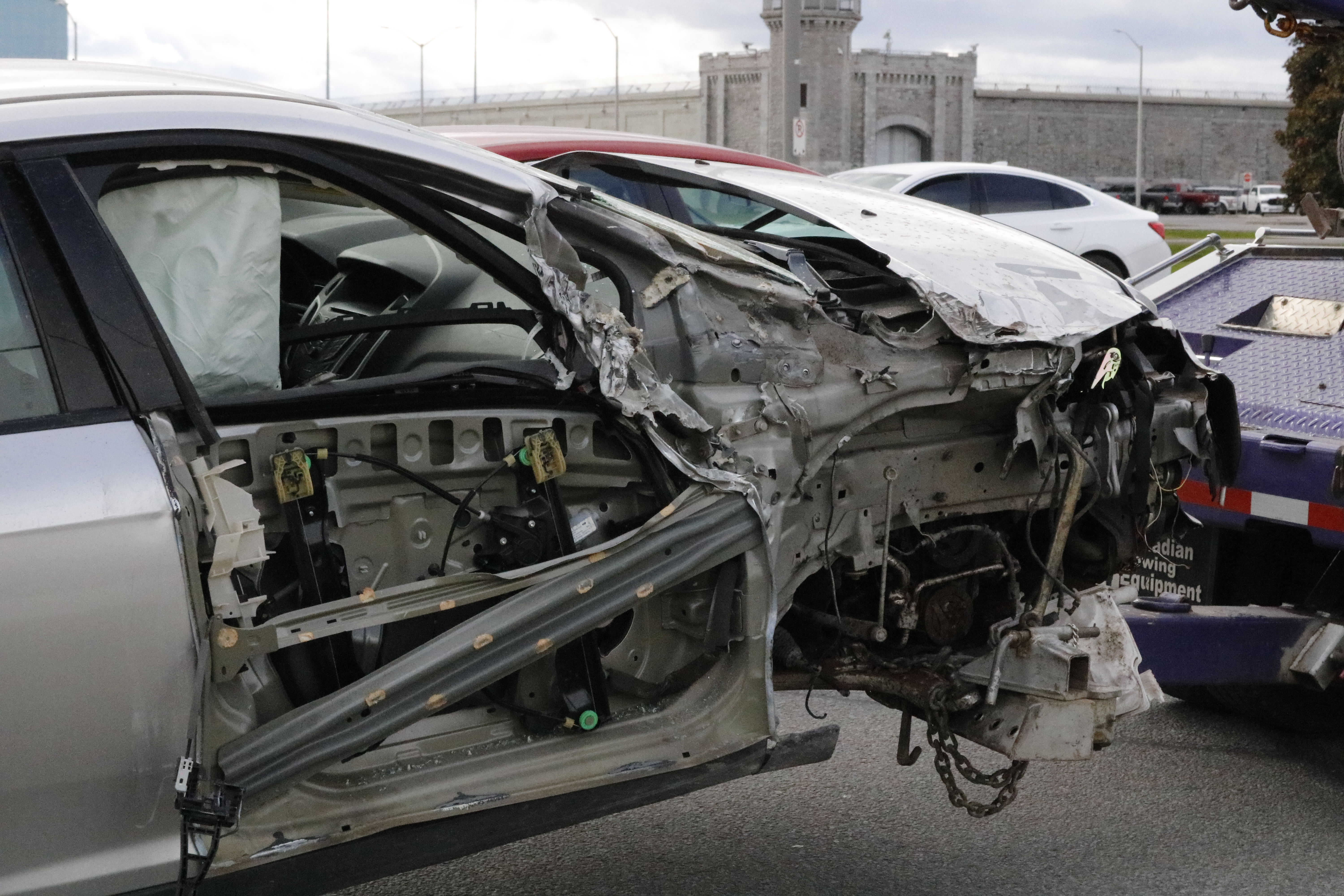 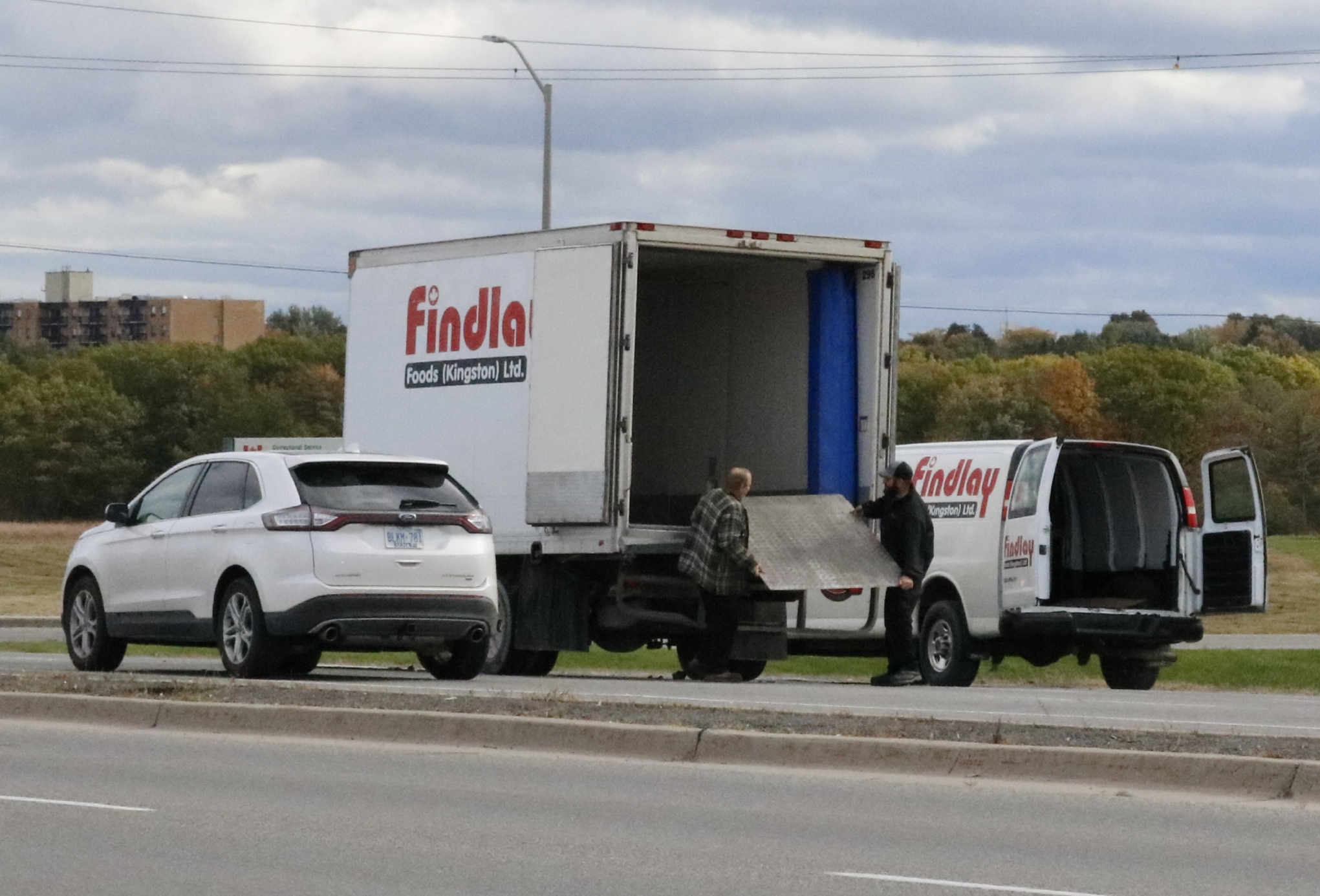 At approximately 11:25 a.m. on Wednesday, Oct. 17, 2018, Kingston Police, along with Frontenac Paramedics and Kingston Fire & Rescue, responded to the intersection of Bath Road and Centennial Drive for a two vehicle collision involving injuries.

The two vehicles involved in the collision were a Ford Focus and a Findlay Foods box truck. It appeared that the driver of the focus struck the back left side of the box truck, spun 180 degrees, and came to a stop facing westbound in the eastbound lanes.

The driver of the Ford Focus was treated on scene and transported to Kingston General Hospital to undergo further assessment and treatment of injuries. The driver of the truck was reportedly unharmed in the collision.

Kingston Police tweeted at 12:00 p.m.for drivers to avoid the area until the collision scene was cleared, Traffic was backed up for almost two hours as Findlay had to offload the trucks contents in order for it to be towed.

At 1:05 p.m. Kingston Police updated the public saying that the road had reopened and all vehicles involved had been removed.

It is unknown if any charges will be laid in the collision, or which one of the drivers involved in the crash is at fault.

Updates will be provided if and when they become available.