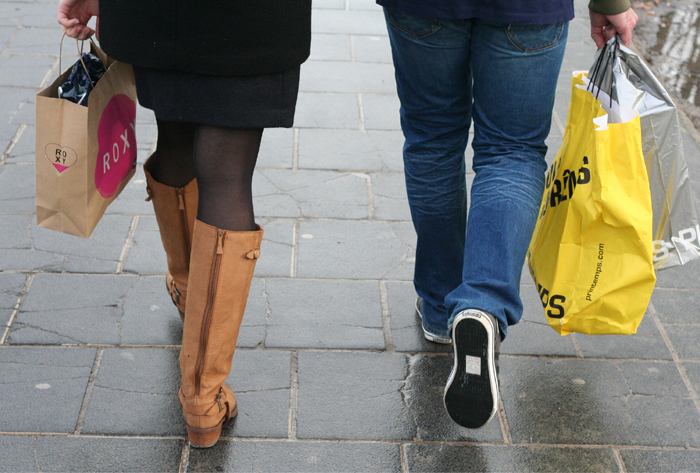 Over the past decade, downtown Kingston has lost many notable multipurpose and specialty retail stores including S&R, Zellers, Downtown Kingston Sports, Indigo, Just HiFi and the list goes on.  Such losses have made buying things from cheap underwear to hockey sticks and even televisions an difficult feat to accomplish along lower Princess Street. Thus many downtown dwellers, myself included, are forced to venture out to big box stores or the mall to put our hands on the things we used to be able to buy downtown.

Following the closure of a given business specializing in a specific segment of retail, new ones have sprouted up and existing downtown businesses have made room on their shelves to help fill the gap.  For instance, audiophiles who used to drool inside Just HiFi can still get their fix of turntables and receivers at Ash Forest Audio.  Similarly, those who used to frequent Zellers or S&R in search of generic six packs of tube socks can now find stylish comfort on the second floor of Vandervoorts.  Even so, new and existing businesses don’t always stock the same items or offer comparable ranges of products to what we used to be able to find in those forgotten stores.  That lack of choice and shortcomings associated with finding exactly what we were looking to purchase at just the right price has deterred many of us from spending our dollars downtown.

Considering all of the things you can’t find or otherwise buy downtown:

What types of stores or products does downtown Kingston need more of?

The revitalization of downtown Kingston’s retail scene has been teased by supporters of highrise condominium developments, who firmly believe such projects will stimulate new business.  Advocates for The Capitol contend that the 15 storey, 213 unit condo would instantly add over 200 consumers who would need places to eat, get clothed, be entertained and so on.  And with the addition of more wallets spending their way up and down Princess Street comes opportunity for new businesses to cater to their needs.  In theory, it sounds wonderful, however even with the most generous of estimates concerning the benefits of highrise developments, I’m still not convinced that we need to change the character of our historic downtown as we pursue increased population density.

When we take a step back and think about the things that we used to be able to buy downtown, it’s imperative to recognize the fact that our habits with respect to shopping have dramatically changed over the past decade.  The proliferation of online shopping, free shipping and no hassle returns have forever changed the retail landscape.  Therefore, perhaps it shouldn’t come as a surprise that we can’t find everything in the stores that make up our downtown, because we can buy pretty much anything, at any hour of the day, from anywhere we (and our phones) may be.  Be that as it may, there’s still room for brick and mortar retail establishments, and a need for certain consumable luxuries such as tube socks in downtown Kingston.

2 thoughts on “The Things You Can’t Find/Buy Downtown”