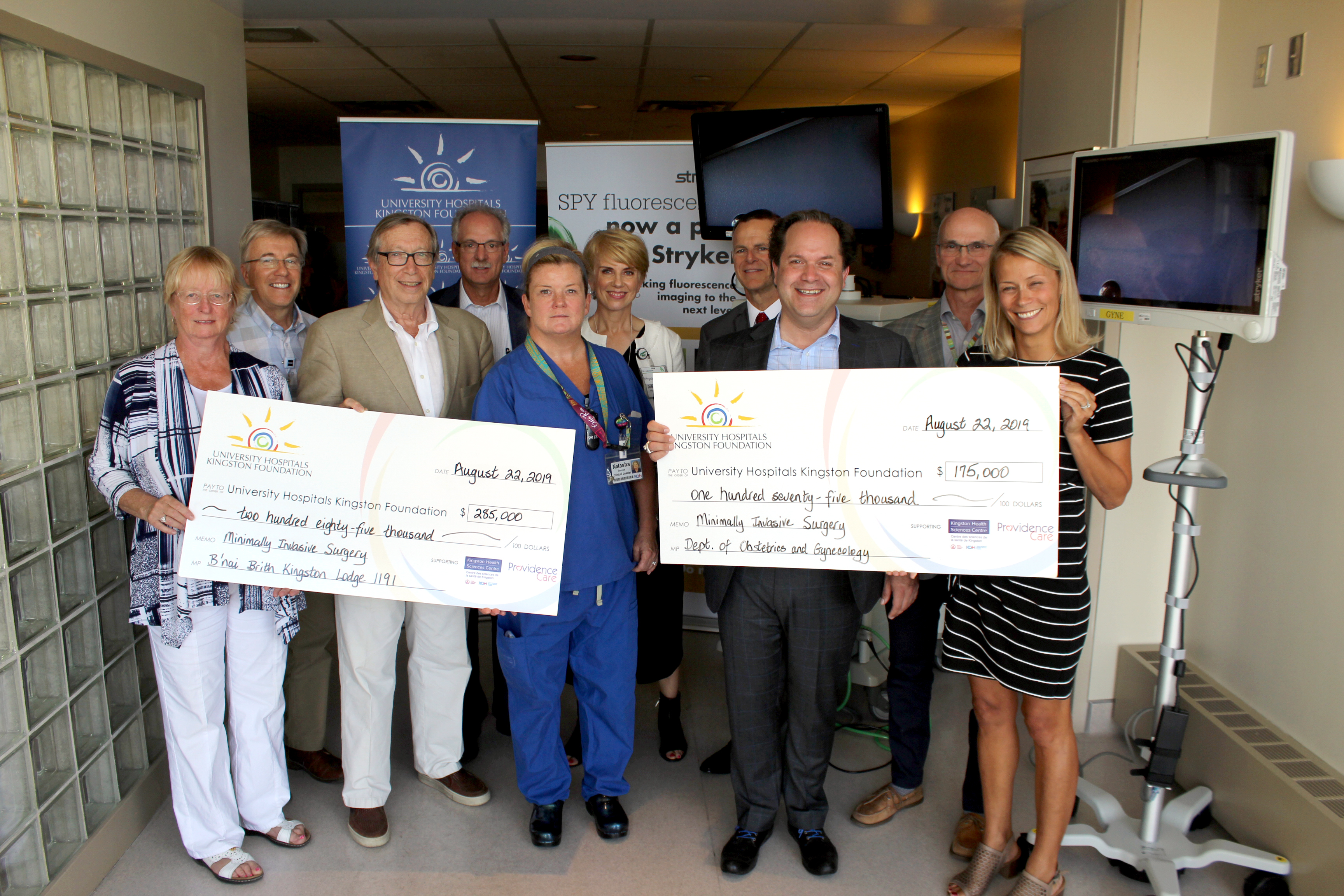 The new MIS equipment will be used in the Department of Obstetrics and Gynaecology. The imaging system shows blood flow and fluid passage through the body, and helps doctors map tumours.

“When we go looking for where cancers spread, it’s hard to just look sometimes and see microscopic cancer within lymph nodes. So we sometimes do unnecessary surgery, because you don’t know,” Program Medical Director of Surgery and Perioperative Services Dr. Romy Nitsch said during a demonstration of the equipment. “This tells us where to look or where not to bother looking. It’s a huge advantage.”

Dr. David Pichora, President and CEO of KHSC said that the academic health sciences centre “is well on its way to providing the tools, space and equipment needed to care for the women of southeastern Ontario where and how it is needed most” thanks to the “combined generosity of our dedicated physicians, and the loyal support of B’nai Brith Kingston.”

Partnering with B’nai Brith to support MIS through their 2018 Evening with Martin Luther King III event, Dr. Graeme Smith, Dr. Romy Nitsch and Dr. Shawna Johnston supported the event through a commitment of $100,000 from the Department of Obstetrics and Gynecology. For their fundraising efforts, the three doctors were awarded the 2018 Davies Award for Philanthropic Leadership.

President of B’nai Brith Lodge 1191 Adam Koven said that B’nai Brith was “proud to know this gift will help improve the quality of life for women in our community, and that tomorrow’s doctors will benefit from access to this innovative equipment today.”

Liz Wilson, Chair of the UHKF Board expressed her gratitude to the members of B’nai Brith Kingston who had “once again, stepped up for healthcare.” Wilson also stated that UHKF was “especially grateful to our remarkable physicians who have gone so far above and beyond the call of duty, as donors and advocates, for their patients.”