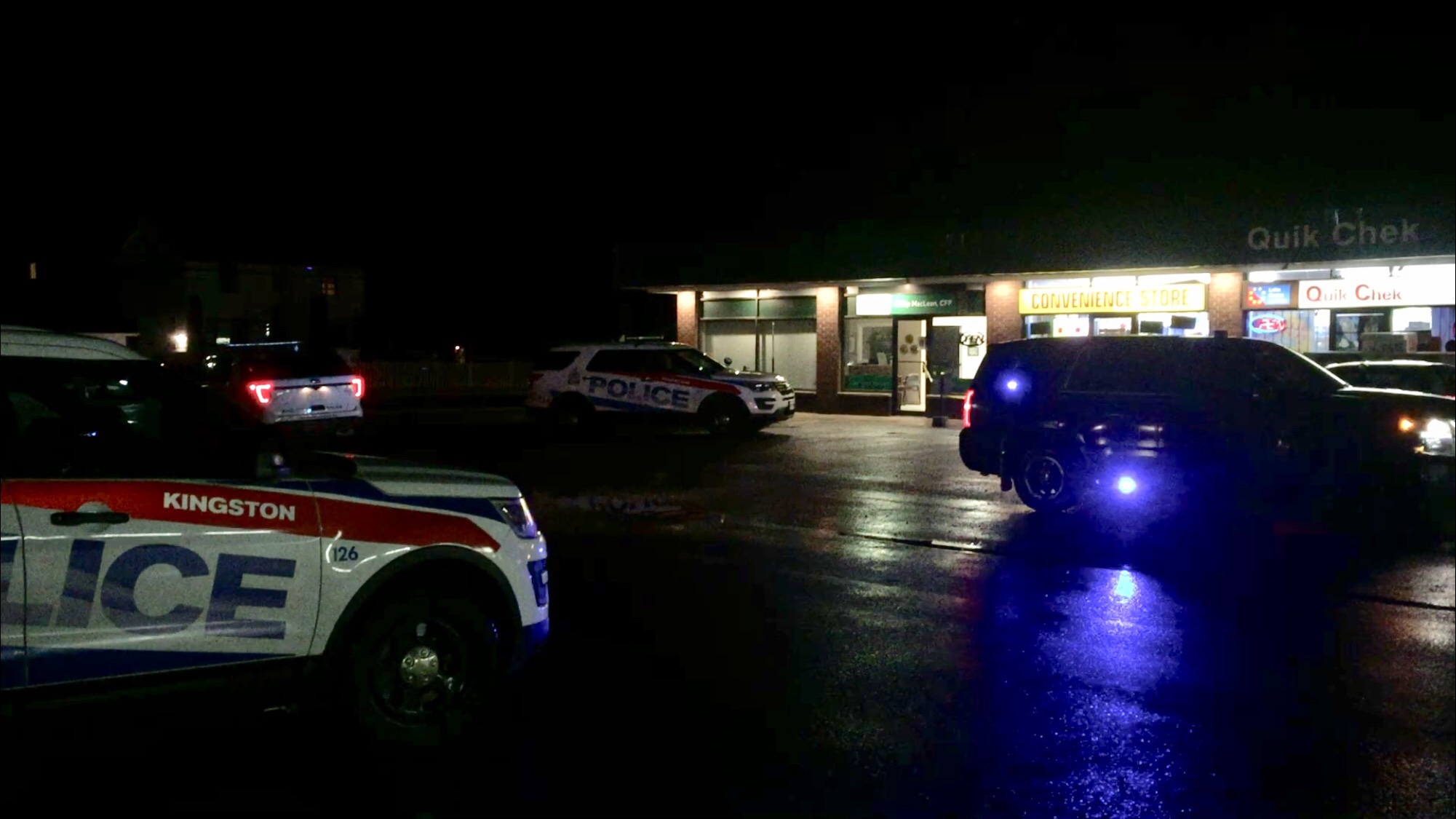 Kingston Police say they have one male in custody, and are continuing to investigate to determine if there were any other suspects involved, in a convenience store robbery in Kingston’s west-end on the evening of April 20.

Witnesses say the suspect brandished what appeared to be an axe during the robbery at the Quik Chek convenience store on Front Rd around 9:40 p.m. on Saturday night.

Kingston Police quickly responded to the Reddendale Plaza and surrounding area with at least 7 cruisers, including the K-9 unit. The suspect was apprehended shortly thereafter. There were no injuries in the incident.

One thought on “Convenience store robbery in Reddendale Plaza”