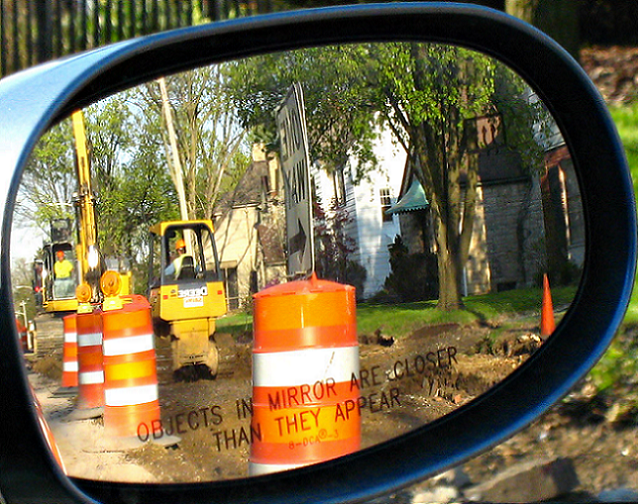 It’s that magical time of year.  The flowers are beginning to pop up, buds are on the trees and the City is going to tear up your road.  Ah, construction season.  Not that we didn’t see our fair share of construction during the winter months with what seemed like endless work on Division Street and Bath Road, but now the work is coming to smaller, more suburban parts of the city.  As a branch of the Economic pillar of the City’s Corporate Strategic Plan, major capital construction projects, funded by the City’s annual incremental 1% municipal tax levy and Federal Gas Tax Funds, began in 2011 and are set to continue through 2014.

The City of Kingston announced its 2012 construction plans yesterday and has released a list of roads set for repair and reconfiguring over the next few months.  The list will give us a chance not only to plan our routes, but also to get any necessary work done on our own properties.   If your water pressure needs improvement or you’ve considered putting in a gas stove, furnace or fireplace and your street is on the list, now is your chance to get that done.  Utilities Kingston is encouraging us to do this work at the same time as road reconstruction with the hopes of augmenting the life of our roads, reducing the amount of traffic disruption and also to save you money.  Getting it all done at once reduces labour costs and just makes sense.

The list of work to be done is quite extensive and includes everything from road resurfacing, sewer work, complete road and sidewalk reconstruction and bridge repairs to new park benches and bike lanes.  The city’s three priority projects are:

If there is work being done in your hood and you would like something done to your gas line, water pressure or sewers, call Utilities Kingston for more information at 613-546-1181, ext. 2285.  Conversely, if you see something missing from the list of repairs, this is a great opportunity to make use of ClickFix, a website Harvey wrote about back in 2009, that allows residents to point out potholes and other non-emergency issues to the city.

Although we all moan at the idea of sitting in traffic or changing our routes to avoid construction, it is a necessary evil that all cities face – especially old ones like ours.  I, for one, am grateful to see some of the worst roads in my neighbourhood on the list and am very excited about the city’s plans to improve our cycling situation.  I’m sure I’ll grumble as I take detours and hear trucks digging away, but in the end, it’s all about keeping our city up-to-date, safe and beautiful…and my tires will be thankful for it.

Thanks to gsbrown99 for today’s pic.