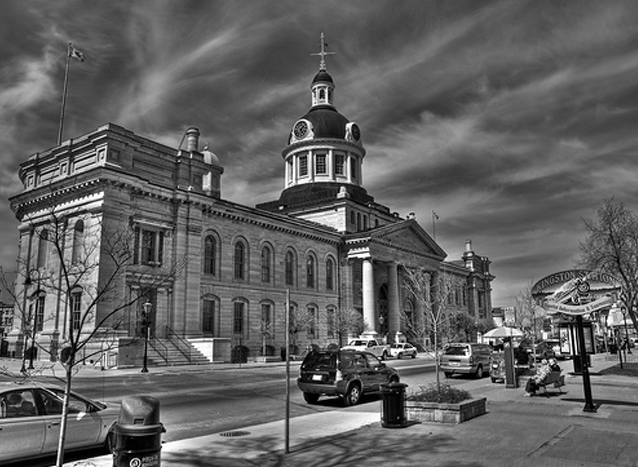 This week has been a nightmare for commuters in Kingston.  A fiery accident early Wednesday morning closed the westbound lanes of the 401 for almost the entire day.  The end result diverted a considerable amount of traffic to Highway 2, putting additional strain on the LaSalle Causeway, downtown Kingston and beyond.  If anyone ever disputes the rationale for a third crossing, they need only look to incidents such as this for total justification.  Although I suppose the congestion and snail’s pace along Highway 2 last Wednesday was slightly compounded by the present restoration of the LaSalle Causeway.  Keeping in mind the fact that Lower Princess Street is also under the knife, it was a terrible time to be car bound.

Just as the westbound lanes of the 401 came back online, we learned that the Confederation Place Hotel suffered a massive injury as their underground parking lot collapsed.  In case the hotel was damaged any further, City officials closed off Ontario Street between Princess and Brock.  I can’t help but feel for the owners of this business, who must be scrambling like mad to find a way to repair and re-open in time for Kingston’s busy tourism season.  That said, I suppose the new Marriott that’s opening a few blocks away has begun to book up fast.  In any case, the real silver lining of this story is that the parking garage collapse occurred on Wednesday morning, as opposed to Tuesday AM.  I don’t want to imagine what that perfect storm of commuter chaos would have looked like.

On a brighter note, it’s the most glorious day of the week. Special thanks to jj8rock for today’s fantastic black and white photo of City Hall.