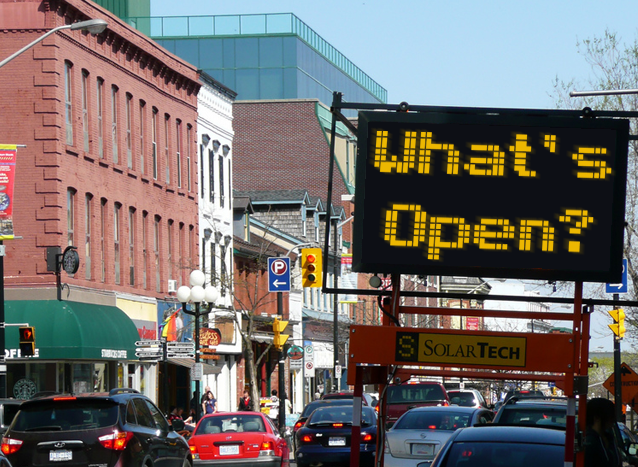 Last week we launched Kingstonist’s weekly poll, a new feature that aims to gauge public opinion regarding various hot topics throughout the Limestone City.  While we started off with a pretty light and fluffy issue, this week’s question is more contentious, and admittedly a topic we’ve touched on in the past.  Regulars may recall our three part series that took aim at cataloguing commercial vacancies in downtown Kingston.  Two of those posts went on to receive a tremendous amount of feedback, and they now stand within the top five most commented on stories on Kingstonist.  While it’s been a few months since we last took stock of the vacant storefronts in downtown Kingston, we’ve been keeping an eye on things and today we’re taking the discussion one step further.  Without further ado, please weigh in on this week’s poll:

Why are there so many vacant stores downtown?

There’s only so much one can say by identifying a culprit for downtown Kingston’s commercial troubles as of late.  And so, if you’ve got a few more sage words of wisdom or otherwise want to stimulate additional conversation, please don’t hesitate to drop them off below.