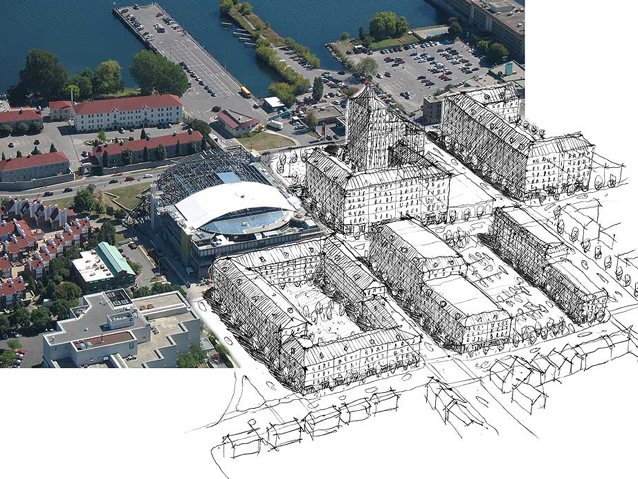 The Coalition of Kingston Communities (CKC) is on the alert in response to applications to the OMB by local developers that challenge the provisions of the Official Plan.

Homestead Landholdings Ltd. is among a handful of land developers that are appealing several sections of the Official Plan, targeting the ‘ribbon of life’ provisions that protect the city’s waterfront, seeking the reduction of Environmental Protection Areas, and challenging the protections afforded Housing Districts in the city. The OP review was a multi-year project that was approved by the Province of Ontario in August 2017.

‘The new Official Plan, which protects the stability of existing residential areas and guides development, reflects an extensive process of community consultation and compromise. It is extremely disappointing to see a handful of parties refusing to respect that process, and challenging the right of citizens, staff, and Council to chart a path forward for our City,’ said Laura Knap, Chair of the Sydenham District Association.

It’s unclear how the City will respond to these challenges. The City’s position is still not known.

The CKC is calling for Kingston residents to come out to an OMB prehearing that will consider these appeals of the OP. The prehearing will take place at 10am on Thursday, November 23, at Council Chambers. Members of the public can request party or participant status.

‘It looks like death by a thousand cuts, where powerful land developers seek to undermine the Official Plan, either by seeking exemptions or appealing to the OMB to get vital parts of the Official Plan thrown out altogether,’ said Christine Sypnowich, Chair of the Coalition of Kingston Communities.

‘This is a plan that City Council, City staff and the people of Kingston worked on together, to forge a vision for the city,’ said John Grenville, CKC Vice-Chair who is also active in the Williamsville Community Association. ‘We hope the City sticks up for this vision in the appeals that lie ahead.’

Homestead is also seeking Official Plan and zoning amendments for a high-density, mid-rise residential project at the Rideau Marina in the east end. The site is currently zoned for a maximum height of 12 metres, in contrast to Homestead’s application of 26 metres. The site is adjacent to the Rideau Canal, a National Historic Site and a UNESCO World Heritage site. The company is also asking for Official Plan and zoning amendments to build 21-storey high-rise towers on Queen Street, in the historic part of the city near the waterfront.

In those cases, Homestead appealed to the OMB saying the City had taken too long to make a decision, although Homestead had only recently resumed the processes to submit revised plans.

This press release is attributed to and shared on behalf of the Coalition of Kingston Communities for the purpose of education and news reporting. The selective redistribution of press releases via Kingstonist.com does not suggest endorsement or approval of the originator. For more information regarding the Coalition of Kingston Communities, visit their website.