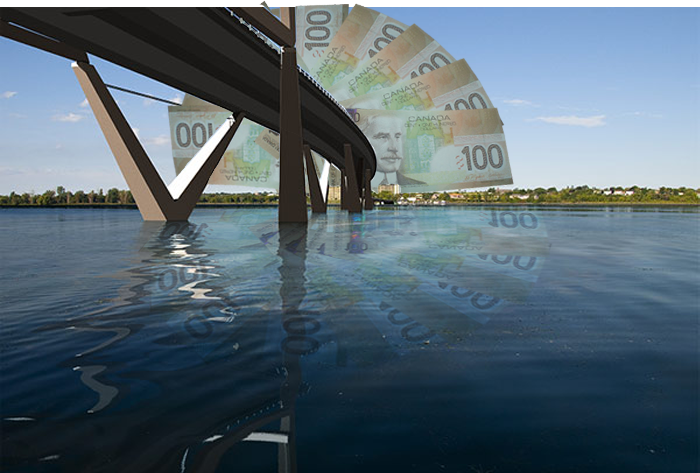 Despite $6,480,000 in ‘sunk costs’ on the project to date, the City has hardly managed to respond to residents’ questions about the Third Crossing Project.

In June of last year, a comments page appeared on the City’s Third Crossing website, inviting public comments and proposing to respond within a reasonable time.

The last meaningful response on the Comments page was posted by the Third Crossing Team on 15 July 2016. Since that date, there has been no published response to specific questions until now.

Almost three weeks before Council will deliberate on the fate of the Third Crossing, Staff have belatedly posted an FAQ page.

We suddenly have two responses to questions posed on 24th April and 1st May by the No Third Crossing residents’ group. In February of this year the group initiated a series of weekly Bulletins addressed to the Mayor and Council, in an attempt to raise concerns over some of the questionable claims laid out in the Third Crossing project process.

Since then, the group has submitted 19 Bulletins to City Hall with more to come, each with valid concerns. Few answers have been forthcoming, until this introduction of the FAQ page on the City website.

We are told the Final Report will be published and available to Council to study on 31st May. We question just how Kingston City Council can reasonably be expected to study thousands of pages within two weeks before voting on whether or not to proceed with what has been dubbed the biggest project in the history of our community.
_____________________________________
Submitted to Kingstonist’s Community Soapbox by Robert Knox.