It’s no secret that Kingston is a hotbed for great music – heck, we even have a prominent downtown street name that points it out – which is why the City of Kingston is launching ‘YGK Music.’

Created through a partnership between the City of Kingston and Kingston Accommodation Partners (KAP), YGK Music is a local music pilot project, which will “showcase and promote local talent through curated playlists,” according to the City. Those playlists will be available for listening on the City of Kingston Website and the Visit Kingston website, as well as at various City properties. Currently, YGK Music is seeking submission from local musicians, groups and organizations to have their music featured on a playlist.

Appointed to the Local Music Working Group are:

The Local Music Working Group acts as the selection committee for the YGK Music playlists, and includes members of the public, local musicians, and members of the City of Kingston’s Arts Advisory Committee. According to the City, those in the Local Music Working Group “each bring with them a range of experience and perspectives relevant to Kingston’s local music scene.” Members were nominated by the Arts Advisory Council, and then approved by Council last night.

“YGK Music is all about celebrating, encouraging and promoting local artists, with a particular focus on emerging talent,” said Danika Lochhead, manager of arts and sector development for the City of Kingston.

“Kingston has always been known as a music city and this pilot project will proudly feature different kinds of music to be made accessible to residents and visitors alike in a new way.”

The idea behind YGK Music actually began in Council Chambers back in 2015, focusing on how to have local music featured in and on City properties, and based on a similar project that experienced great success in Ottawa. In April of 2016, the City established a Local Music on City Properties Working Group, which reported to Council with their findings for best practices and how to properly showcase local music in 2017, and Staff was directed to implement a pilot program in 2018 with future recommendations on how to proceed with the program to be brought forward to Council for consideration no later than a year following the launch of the pilot program.

For the pilot project, each artist selected to be feature on a YGK Music playlist will be required to sign a Licensing Agreement with the City of Kingston. The artist will receive a $100 honourarium, which allows the City to use the full clip of the artist’s song for up to 12 months.

The deadline to apply is Friday, Apr. 26, 2019 by 11:59 p.m. EST. Evaluation criteria and application forms can be found at www.CityofKingston.ca/YGKMusic. 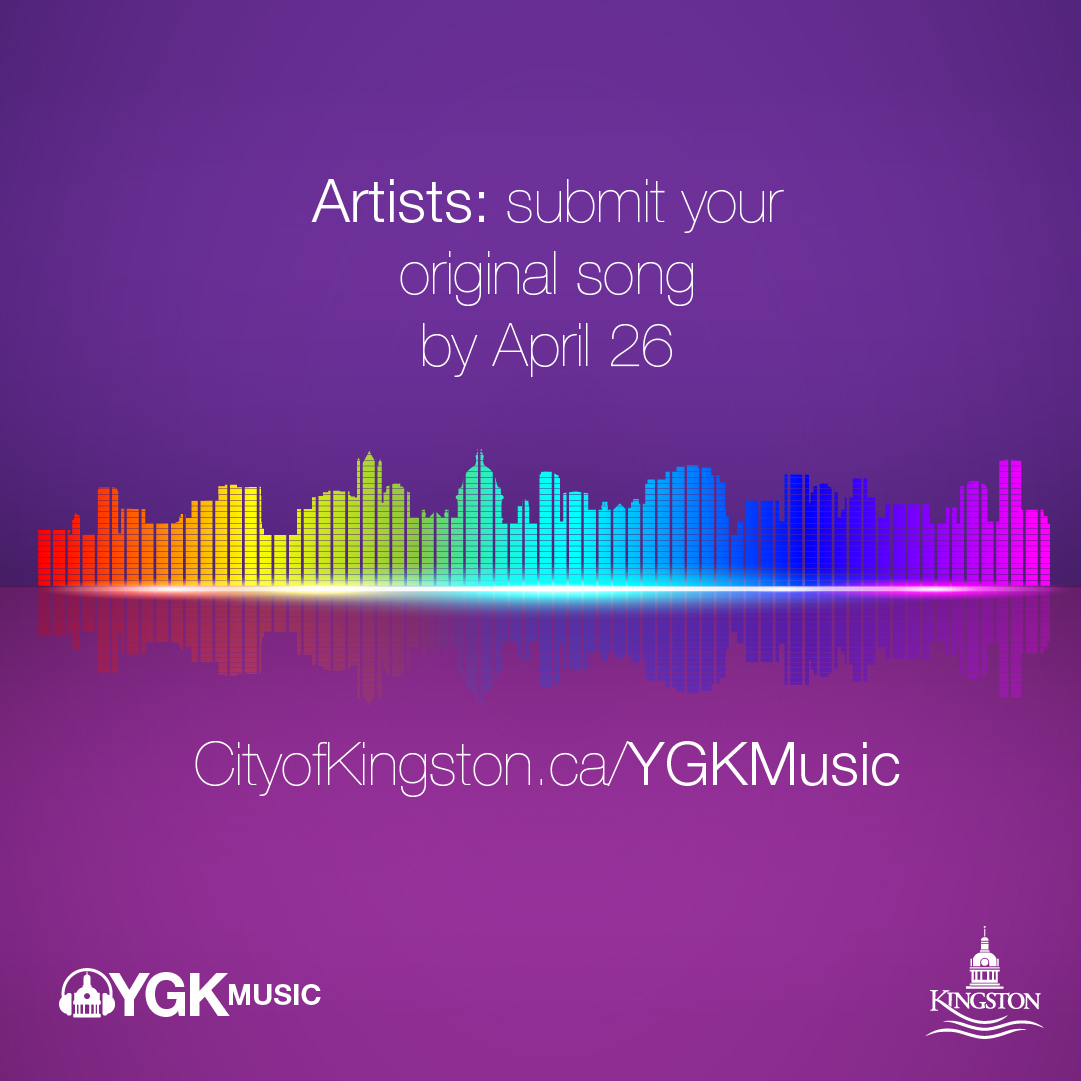